There’s something special about CVIRO & GXNXVS. The Australian R&B duo – pronounced Cairo & Genius, just FYI – are tailor-made for the current climate of contemporary R&B. A perfect blend of ‘90s flavour and modern song structure, the duo’s music has the colour and fun that transformed the genre into a cultural force but never feels derivative or dated.

CVIRO & GXNXVS have surpassed 12 million streams on their debut EP and 3.5 million streams on their sophomore EP which was released in December 2020. The duo have received co-signs from some of the cultures biggest influences such as OVO Sound Radio on episode 69, Jon B, Majid Jordan, THEY. and most recently had Bella Hadid posting a video to instagram of herself vibing their single ‘Confess’ . With these artists already solidifying their position as the go-to R&B artists in Australia, it’s safe to say they are well on their way to having a huge impact on a global scale! 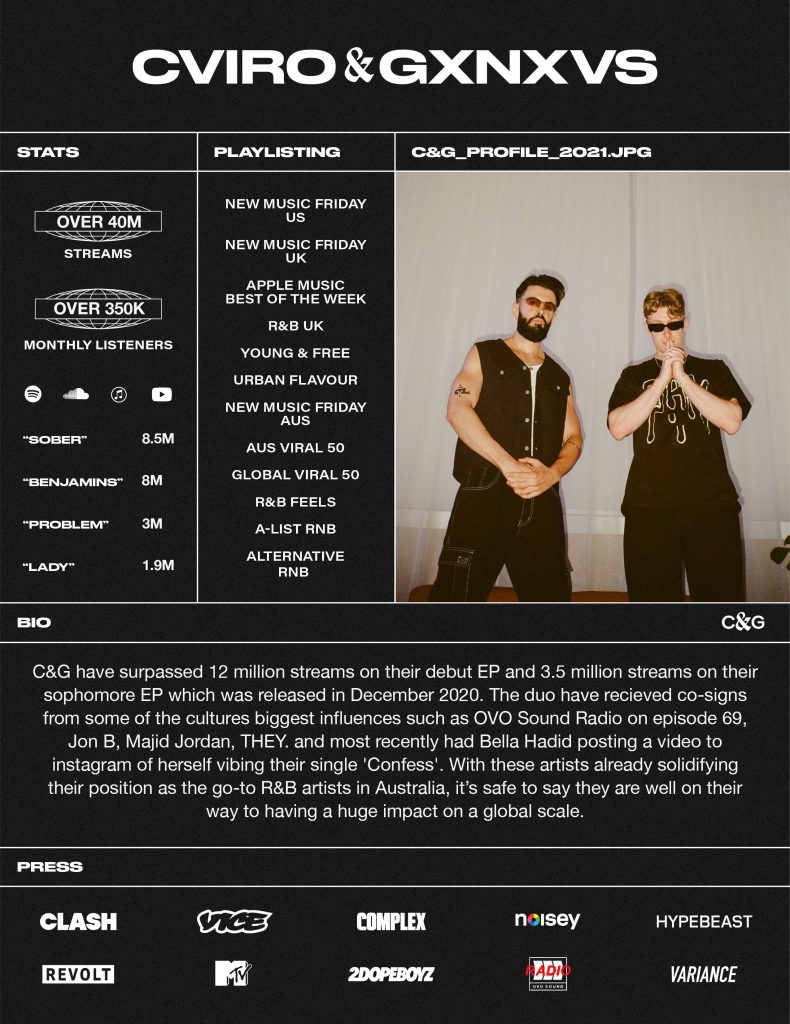