Lauren. is pushing the boundaries for what is expected live; with reviews from her shows stating: “She spits like a bad motherfucker”.

She has had her music featured in Spotify and Apple playlists such as Fresh Finds (US), All Aussie Hip-Hop, New Music Friday and debuted at #1 on The New Australia. International love has come from radio stations such as Beats 1 Radio from Zane Lowe, as well as local stations triple j, FBi Radio and 4ZZZ.

Buzz around her music has seen her play support for Xavier Wulf and By The Meadow, as well as tour the Philippines with Bodega Collective.

Cool Accidents recently described Lauren. as one of Australia’s most exciting rappers in the article Boss Womxn Killing The Australian Hip Hop Game.

Known for her fierce and provocative verses, the rapper loves to empower her loyal female fanbase, with tracks that uplift and celebrate women. Lauren.’s world is full of bad bitches who don’t ask for permission and take what is owed to them. In this sense it’s no surprise that she’s been compared to other female artists like Cardi B and Brooke Candy.

With multiple singles due for release this year, Lauren. will also be working on her first album alongside longtime friend and producer Korky Buchek.

“Lauren is free to work some serious flow with her silky smooth delivery, and announces herself as a major player on Australia’s incredibly exciting emerging hip hop scene.” – Pilerats

“Lauren. used her short set to prowl the stage like a lioness and even jumped down into the pit to front in people’s faces, twerk and joke around with the crowd. She’s fast-paced, energetic and totally magnetic.” – COOL ACCIDENTS 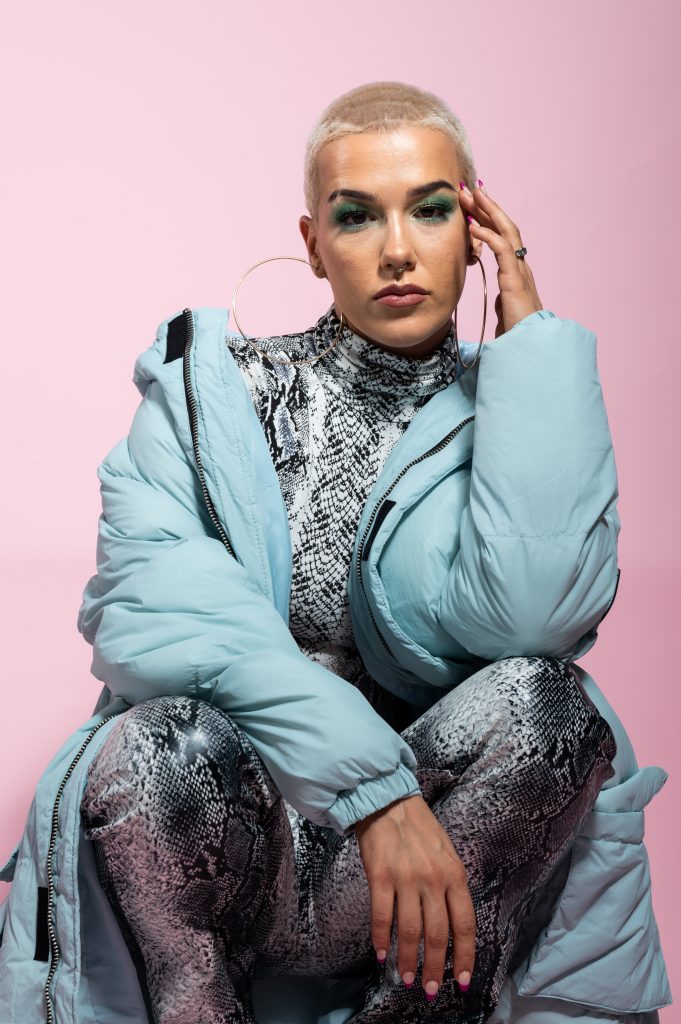