Ms. Thandi is an independent, R&B singer/songwriter whose nostalgic, soulful and sensual sound has taken over the conversation regarding Sydney’s new wave of female creatives. Her early exposure to music provided a multitude of creative influences; from Old Soul to Jazz, 1990’s Hip-Hop and RnB that are all so aligned with her creative processes. Ms. Thandi’s groove and energy can be felt through her charming and individualist lyrics and instrumentation. Citing influences such as Erykah Badu and Alicia Keys, Ms. Thandi is no stranger to love songs, a staple of her extremely diverse palate of creative styles. Ms. Thandi issued her coveted debut single “On the Table” in November 2019. This was soon followed by, “HUNNY” in February 2020. In light of her recent success as a BIGSOUND50 showcase artist for 2020, Ms. Thandi has put the infrastructure around herself to deliver her first upcoming Extended Play, “Every Song Is A Love Song”.

Back towards the start of the year, we were gobsmacked by Ms. Thandi – a Sydney-based musician and her second single HUNNY. It’s a single that moves with this rich R&B spirit; a thick sprawling production forming the backbone for her butter-smooth vocal, which feels reminiscent to that of international heavyweights in Ari Lennox and SZA. At the same time, however, it was uniquely Ms. Thandi, whose twists and turns within her lyricism made HUNNY feel like a song that’d be impossible to replicate by anyone else.

In the time since, Ms. Thandi has shined. She won triple j Unearthed’s NIDA video competition, which saw the film clip to her upcoming single The Eyes – more on that in just a second – premiere on Rage, and on top that, she’s made moves within the limited live music space, where she’s been able to shine as a force in New South Wales music venues that makes them feel full with this enchanted energy, even if they’re running at reduced capacities due to coronavirus restrictions. Ms. Thandi has something special, and with every move she makes, that feels more and more evident.

Now, with a third single titled The Eyes, it’s hard to deny Ms. Thandi’s status as a next-up. It’s a rich and smooth display of African-Australian R&B at a new peak, with Thandi moving amongst a gentle production from Sumatra as she pairs the track’s woozy beats with sensual and romanticised lyricism. It’s a celebration of love, adoration and desire through a genre that comes hand-in-hand with it; a moment that reflects on sensuality and lust, and how they form a place in not just Ms. Thandi’s world, but in that of those around her too.

“The Eyes is a lust song disguised as a love song,” she says on the single, which is a bit of a turning point when placed comparatively with HUNNY, which instead showcased and emphasised the women in her life. “It’s ultimately about the moment you link eyes with someone beautiful, and the instant attraction you feel to them. I’m so excited to be releasing this one. It’s certainly one of my favourites!” 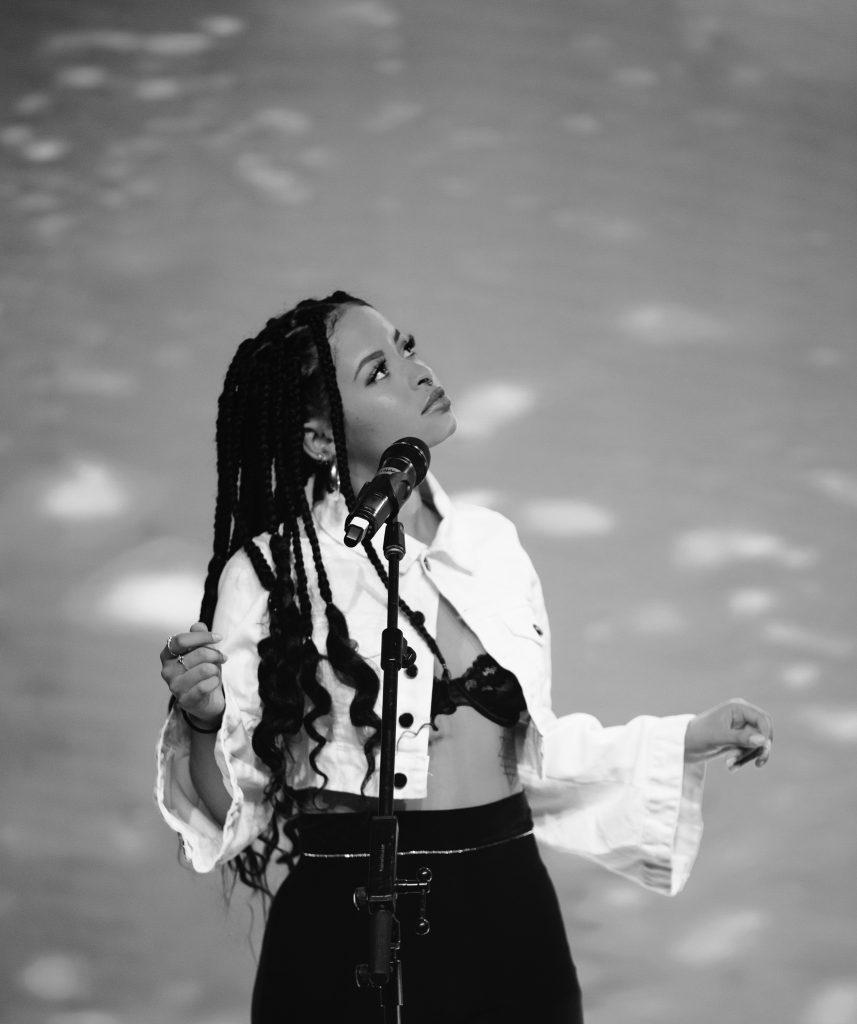