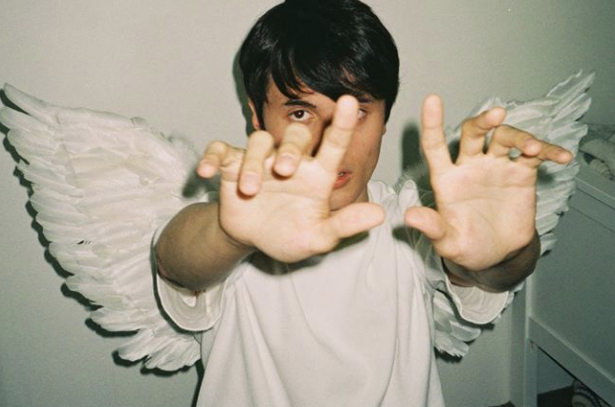 Nick Ward is 17 years old and based in Sydney, Australia. Early in 2018 Ward found success uploading his self- produced demos to Soundcloud, where they averaged 10K streams.

Taking inspiration from artists such as Joji, Sufjan Stevens, and Kevin Abstract, his work lends itself to a dreamy melancholy. With a strong lyrical focus on the concepts of breaking down traditional ideas of masculinity, sexuality and gender – as experienced by himself as a teenager navigating the current political landscape – Ward is excited to bring his full realised songs out of his bedroom studio to share with the world.

Crush is the first single release for Nick Ward across multiple streaming platforms. Since its release in Nov 2018 the song has swiftly garnered 93K streams, and bumped the previously unknown artist to a hefty 20K monthly listeners on Spotify. FBi Radio picked up the song, adding it to its ‘New Music’ playlist, after it appeared on a number of the station’s programmes including ‘Local Fidelity’, ‘The Playlist with Amelia Jenner’, ‘The Allnighter’, ‘Lunch with Krishtie Mofazzal’, and ‘Weekend Overhang with Ancika Mester’. This was quickly followed up Triple J host Declan Byrne – who featured it on his final ‘Home & Hosed’ show of 2018. It has since played on both Triple J and Triple J Unearthed. The single has appeared on international music blogs Loodma Recordings and Esydia.