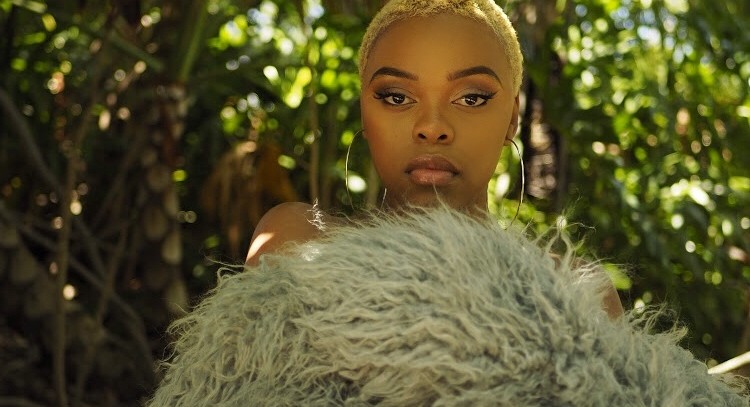 Temgazi a.k.a. Temy, is a singer / songwriter from Sydney Australia. Born in Swaziland, Southern Africa, Temy is of Swazi / South African heritage – her Mother Swazi / Xhosa background and her father Zulu. Growing up around music on both sides of her family, Temy was introduced to the entertainment industry very early on. Her Grandfather (Joseph Shabalala) was the leader and founder of the Grammy award winning ‘Lady Smith Black Mambazo’. Following in these footsteps, Temy would spend her early days ‘making up random catchy hooks instead of playing with other kids’. Her cousins would tease the songs but sing along anyway, and still remember some of the songs until this day!

Temy’s early years were spent travelling back and forth from Swaziland to South Africa and moving between both families, before moving to England at age 6 where she lived for five years. Growing up in England, Temy was part of a singing group at school which was inspired by Destiny’s Child and Disney’s ‘The Cheetah Girl’s’. ‘We would perform in the school assembly every month end’. Before that, she was in a group with two of her cousins back home (in Africa) and they would perform for their family church. Temy moved to Australia with her family at age 11, where she has lived since.

The song-writer in Temy emerged as soon as she learnt how to write. Temy would scribble songs in her school books instead of doing her school work. Rather than punishing her, the primary school teachers would encourage her to keep going, challenging her on what topics to write about and showing her different styles of writing. Temy won multiple awards in creative writing, poetry and literature through primary and all the way to High School. ‘The teachers were not so happy about me writing song lyrics instead of my actual school work in high school’.

Temy pursued her love for music throughout school and university where she studied music and performance. While in her final year of high school, Temy formed a girl group called ‘Adirabelle’ who were finalists on The X Factor Australia 2013. By contract through the show, the group was signed to Sony Music Australia.

Temy parted ways with the group in 2017 and continued to pursue music, but for the first time as the solo artist ‘Temgazi’. She uploaded her first song ‘Favour’ to Soundcloud and Triple J Unearthed in February 2018. The women-empowering, uplifting track garnered interest from many labels and received radio support from the likes of Triple J and FBI radio. Off the back of this, Tommy Boy Records(US) signed Temgazi’s first official single (Bunsen Burner) in October 2018. She then played her first festival, the sold out ‘Secret Garden Festival’ in February 2019.

Temgazi released her second official single, the Afro-pop banger ‘Talk That Talk’ in May 2019. Talk That Talk was added to multiple playlists on Apple Music and Spotify, as well as being featured on an episode of ‘‘The New Australia’ on Beats1. The track premiered on The Edge 96.3 (iHeartradio) and received national community radio support across Australia including Triple J Unearthed and Triple J, and was later picked up by the UK’s world-famous Capital Xtra! Following no from this, Temgazi featured on multi-platinum entertainer Timomatic’s first release of 2019 ‘Wait in Vain’. The video for Wait in Vain premiered and was added to rotation on MTV’s ‘Call & Resoponse’ – a highlight of Temy’s career and life-long goal of the young Temy who used to sit on the couch at age 6 and dream of being ‘one of those girls on MTV’!

Temgazi was selected to showcase at Bigsound 2019 (Australia’s annual music conference and showcase) in September 2019 – another career highlight. She performed two showcases with a full band and dancers, and performance an Acapella feature performance at ‘The Ditto Lounge’ for Ditto Music. Temgazi also recently supported the well renowned indigenous Hip Hop artist Briggs on his sold out ‘Life is Incredible’ tour.

Next up for Temgazi will be a string of singles released independently, followed by her ‘visual mixtape’ – a project which she has been dreaming up and working on for years. The visual mixtape will involve some heavy themes, powerful lyrics, a true reflection of her soul and humanity. This will be released early 2020.