With a newly announced Australian tour and their third album ‘Fluid Motion’ primed for a late 2019 release, Melbourne’s 30/70 proudly usher in its contagious, second single ‘Backfoot’. Characterised by loose, broken beat flutterings and rubbery groove, it’s yet more proof that the future jazz outfit are poised to become Australia’s next big soulful, international export. ‘Backfoot’ flaunts Horatia Luna (bass) and Ziggy Zeitgeist (drums) at their finest; at once stringing together the hallmarks of Plastic People’s unmistakable Co-Op club night while stood firm in lucid soul territory. This new album takes inspiration from the syncopation of Broken-Beat, the immediacy of Grime and Dub’s sonic aesthetic to create something that is a truly global amalgamation of local sounds, finessed by Allysha Joy’s instantly recognisable vocals; the rawest and realest of voices.

Their most accomplished and promising body of work to date ‘Fluid Motion’ effortlessly shifts between neo-soul and languid, astral-facing jazz textures and authentic vignettes of UK club music history during its 13-track duration. What better way to set pace than with three minutes that exemplify that same cultured cross-pollination at the highest level.

30/70 will be bringing this new single, as well as some of their classic hits around Australia this November. The 6 date tour starts in Perth at Mojo’s Bar on November 8, then onto Rocket Bar in Adelaide on November 9. The band play at Oxford Art Factory in Sydney on November 15, followed by The Foundry in Brisbane on November 16. Wrapping up, Canberra’s Sideway gets a taste of new music on November 22 before the final show in the bands hometown of Melbourne at The Corner Hotel on December 7. 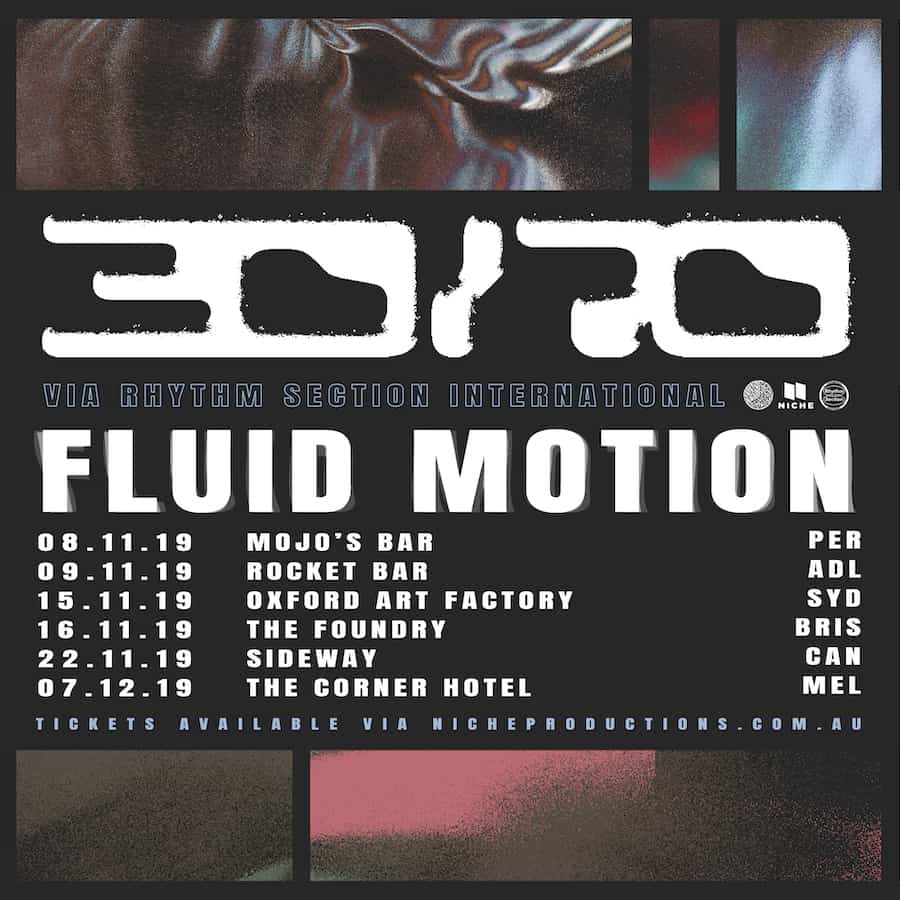