Russell Fitzgibbon is an artist finding his voice. Deeply rooted within Sydney’s tight-knit creative community, he established his first breakthrough project at a time when his hometown was just starting to develop its own identity in electronic music. Since then, his output has progressively evolved in tandem with the changing scene. His early maximal sample-based productions morphed into more dance-focused releases as Russell continued to cultivate his sound and develop as a producer, DJ and instrumentalist. Always looking to understand music in new ways, these years of restless experimentation led to the genesis of his most personal project to date – Skeleten.

Skeleten is music for the moment. Emotive but understated, entrancing but genuine, Skeleten builds a space for the listener to step out of time, if only momentarily.

After lockdown, cancelled shows including a sold out Sydney Opera House Vivid performance – Skeleten is back
A message from Skeleten:
‘After the big break it feels rejuvenating to be getting back into what this is all about.
This whole time I’ve been impatiently waiting to share Skeleten somewhere dark, late and communal, the kinda context it all comes from, so I’m very excited to get with Fruit Bowl & Colour Club plus some other good friends to celebrate a beginning 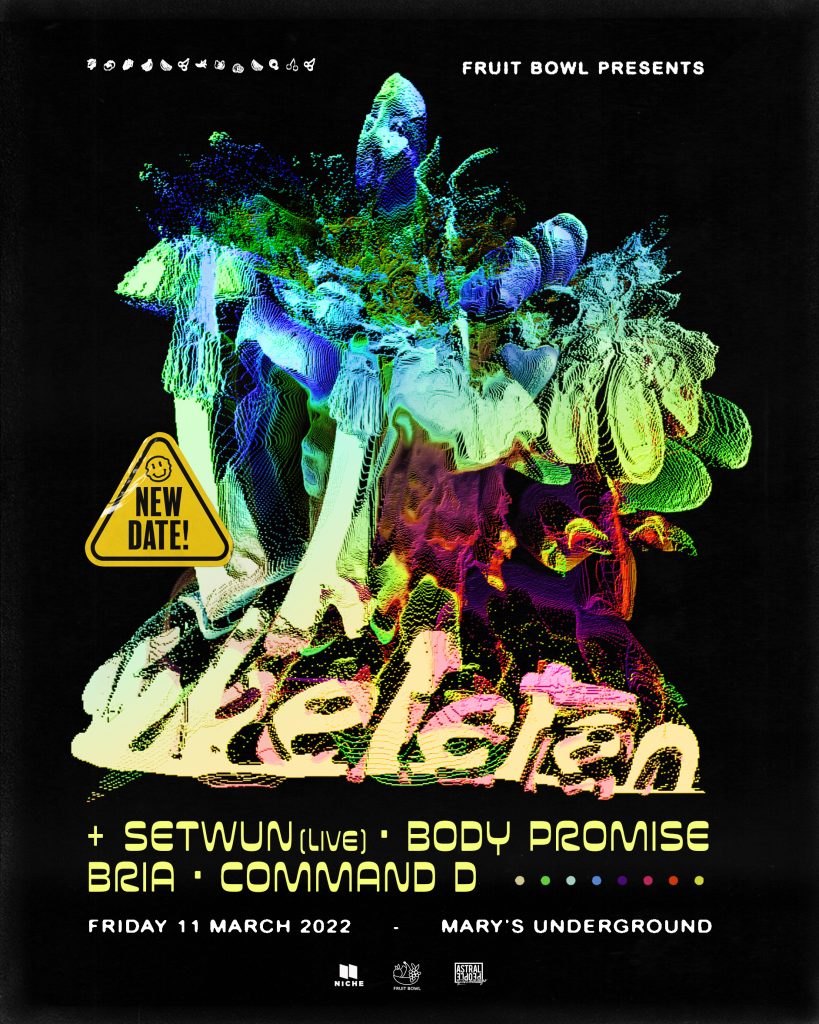