A Night With Boo Seeka In Wollongong

After a tumultuous 2020 the BOO SEEKA boys are pumped to be back on the road. We are thrilled to announce that they will be playing two shows at the Unibar at The University of Wollongong on Friday, 6 November and due to popular demand have just added another two shows on Thursday 5 November. The performances are being curated towards a sit down style of event. The duo will be taking to stage with stripped back performances of their past classics and current hits. 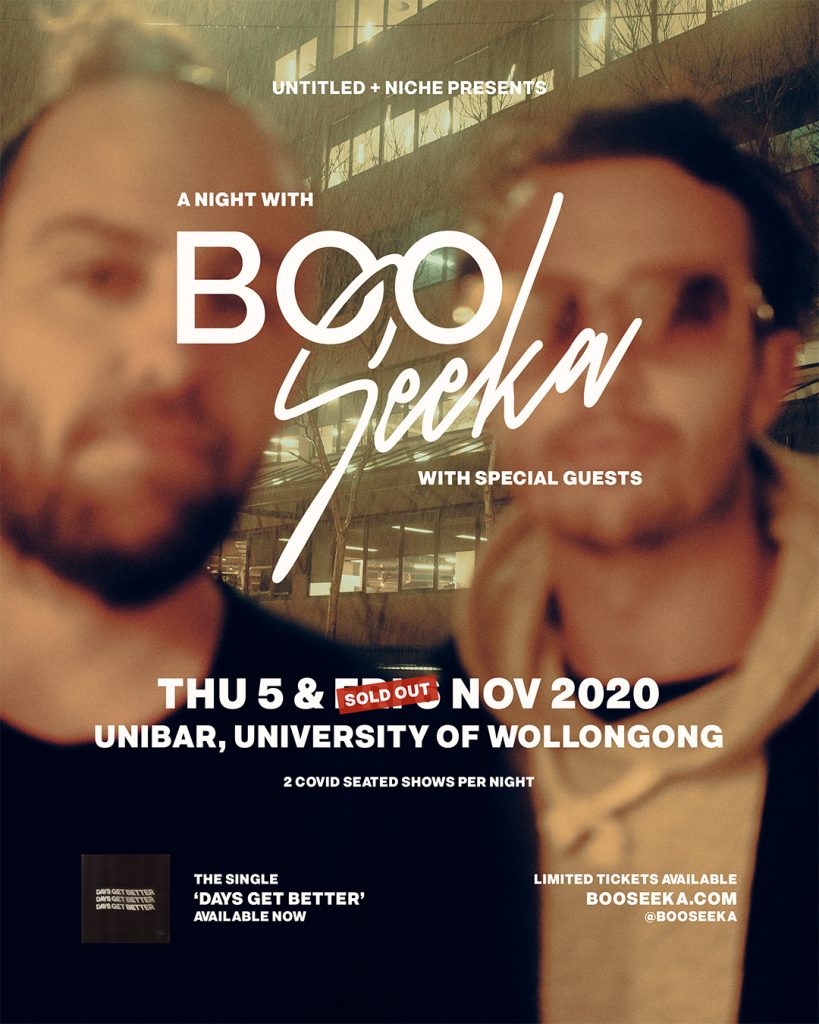