New Zealand’s young musical visionary BENEE announces a run of Australian headline shows. The tour which celebrates the release of her debut ‘EP FIRE ON MARZZ’ (OUT NOW) begins on
Friday November 22 at Woolly Mammoth in Brisbane before dancing its way down the east coast, stopping in Sydney at Oxford Art Factory and Max Watts in Melbourne.

BENEE’s new single Glitter arrives hot on the heels of her recent viral hit Evil Spider (triple j most played) and her platinum-selling smash hit of the summer Soaked, which has so far received over 20 million streams and counting and landed at  #58 in triple j’s Hottest 100, 2018.

For such a young artist, her success so far has been enormous. Over the past twelve months, she has performed at Laneway Festival NZ and sold out her debut headline shows in Australia. With endorsements from Zane Lowe and Apple’s Beats1 radio. Soaked held the #1 spot on the New Zealand Shazam Top 100 for 2 months and is now certified Platinum in New Zealand & Gold in Australia. BENEE went from playing her first small club gig to her first arena show—opening for long-time role model Lily Allen in a matter of months.

BENEE who has also just added another ‘E’ to her moniker has only just wrapped up her successful debut headline tour of the Northern Hemisphere where she performed a string of shows in London, Amsterdam, Berlin, Stockholm, New York City and also in Los Angeles before returning home to New Zealand to launch her EP with a sold out show at Powerstation in Auckland.

BENEE has also been announced on the Spilt Milk Festival line up alongside the likes of Chvrches, Confidence Man, Khalid and Allday. 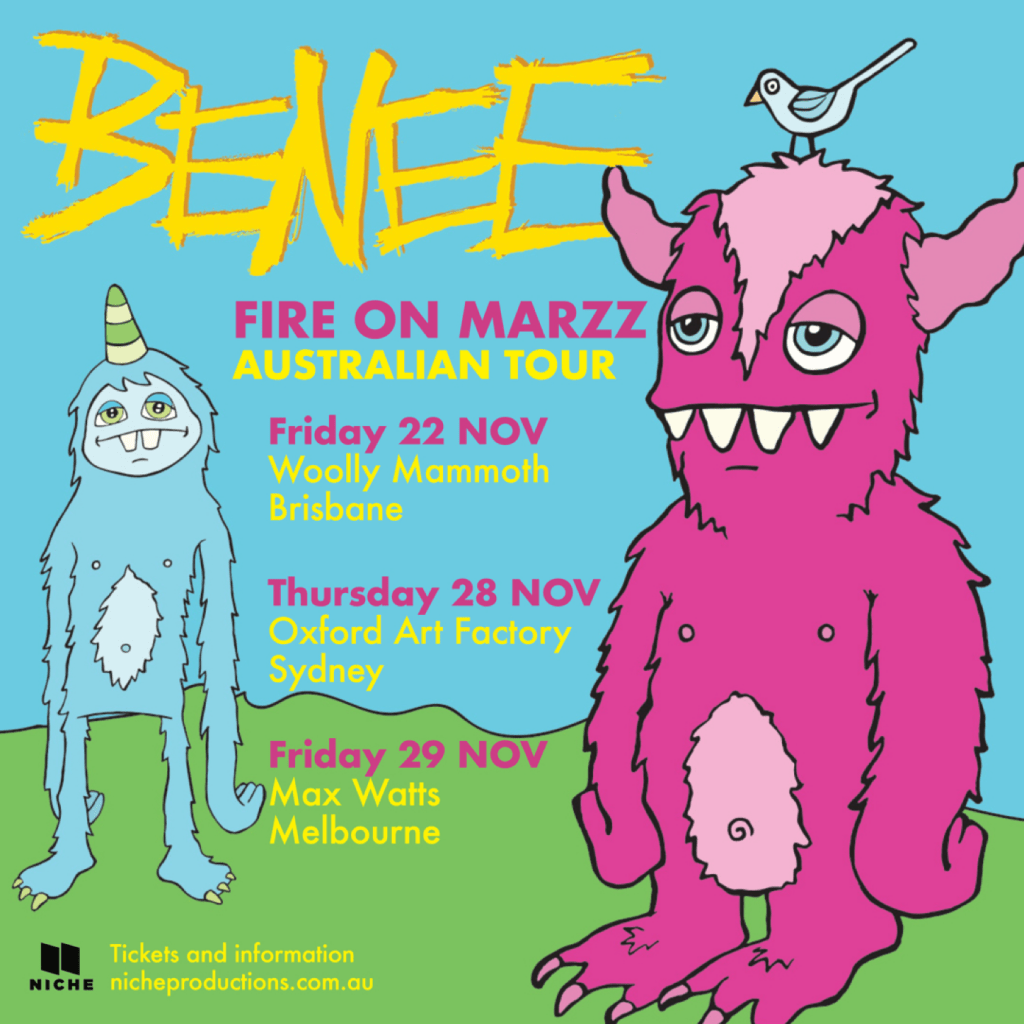