‘Supalonely’ singer BENEE announced her first foray out into the world since the pandemic struck with 40 shows in the northern hemisphere.

She has now added new and rescheduled shows on her New Zealand tour in February-March, followed by her much anticipated return across the Tasman – for the first time in over two years.

“I am beyond excited to announce that my 2022 WORLD TOUR KICKS OFF IN NZ in Feb next year!!!!!!!!!” says BENEE. “It’s been such a long time coming & we’ve lived through a lot in these weird times but shows starting up again has rly got everyone sososososo happyyy!!!! I can’t wait to get back out there & meet all of u and play a bunch of new musiiiiiicccc!!

“I AM SO READY TO TOUR!!” she exclaims.  “Doing shows with my band is the best thing and I have missed it so badly this year. Waiting, rescheduling, waiting again has been incredibly difficult.”

A forthcoming BENEE EP release leads into plans for 2022 with the thing that excites her the most, a hefty touring schedule that will bring her live show to adoring fans around the world at last. 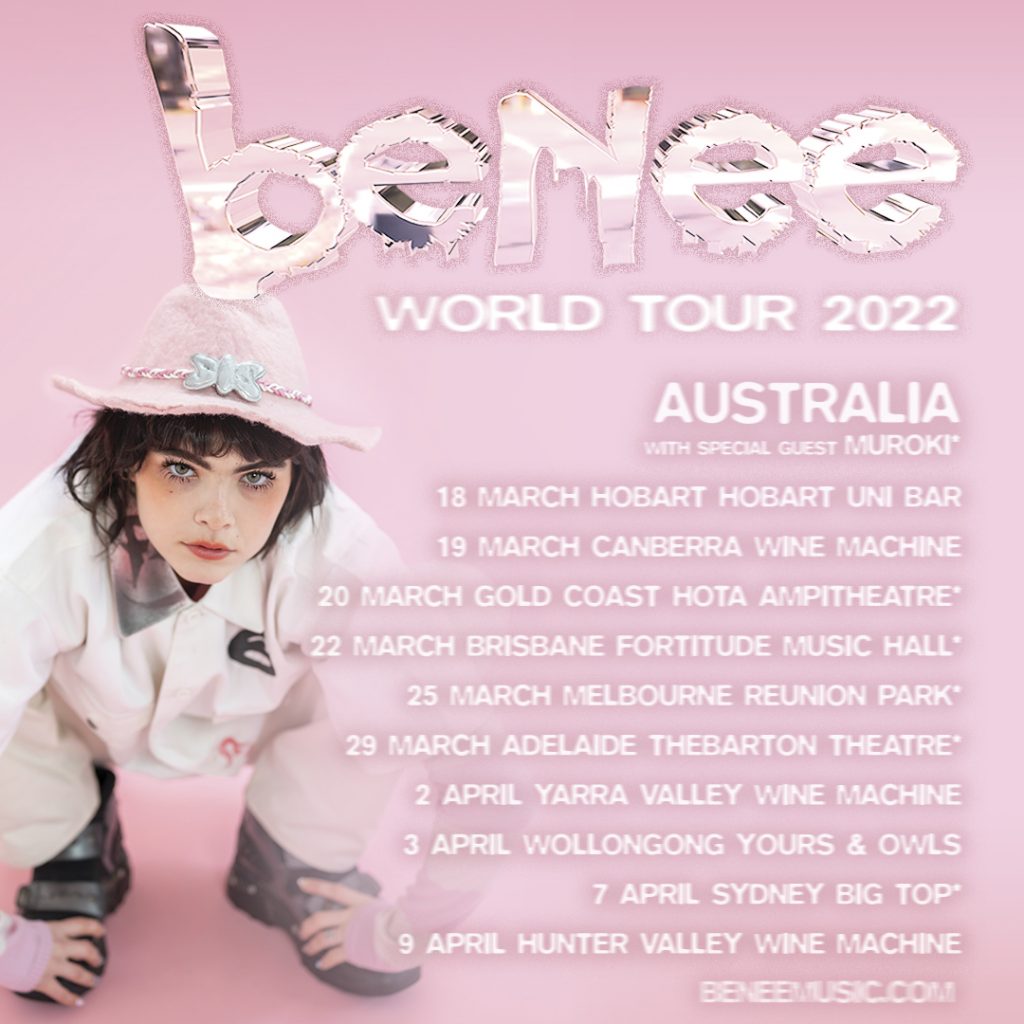