Billy Davis is going global. While a leader in the local R&B and neo-soul scene, the Melbourne musician’s new single ‘Shoulda Known’ is full of international flavour. The result is an uplifting, energetic sound that is elevating Australian music—and further proof that Billy is forging new territory here and abroad. Continuing on from a long line of collaborations with international heavy-hitters like Denzel Curry, Goldlink, and Brockhampton, the new single features guest spots from American R&B sister duo VanJessand Matt McGhee.

A long overdue first headline show in Sydney, the ever morphing and evolvingBilly Davis and his band the Good Lords will be represented by the new specialised 8 piece: featuring producer and bassist Tentendo, vocalists Kye, Rahel and Blasko, Rapper Jordan Dennis, Josh albert on Drums and Christian Barbieri on Guitar.

Billy Davis’s unique sound, positive approach, and sheer drive quickly piqued the interest of international artists, who have become not just contemporaries but friends. He’s collaborated with the likes of Goldlinkand Brockhampton, music directing and performing with them both on triple j’s Like A Version, as well as music directing and performing in Goldlink’s NPR Tiny Desk. Meanwhile, Denzel Curryappears on standout track ‘Goldfish’from his debut album, A Family Portrait, released late last year.

Along with building up a global network of creative collaborators, Billy has shared the stage with Anderson Paak, NoName, Thundamentalsand Blackalicious,played at Australia’s most recognised festivals including Let Them Eat Cake, Golden Plains, Laneway Festival, and Lost Paradise, and received accolades from Hypebeast,High Snobiety, LNWY, Acclaim, Purple Sneakers and Red Bull Music, just to name a few.

Collaboration, with his band and other artists, it at the heart of everything he does. Billy explains, “all the people around me, my band, they’re my brothers and sisters. ‘Shoulda Known’ is about acknowledging that I’ve made mistakes, learning from them and knowing what’s important”.It’s a homage to collaboration and the family Billy’s found through music—in Australia and overseas. 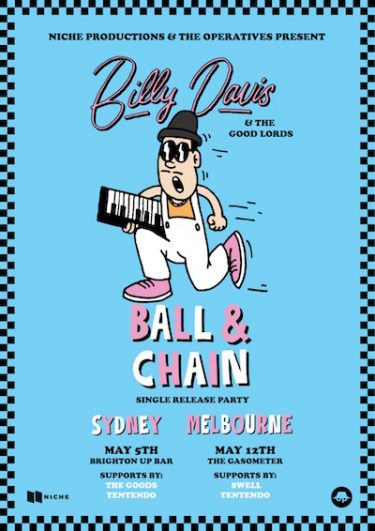