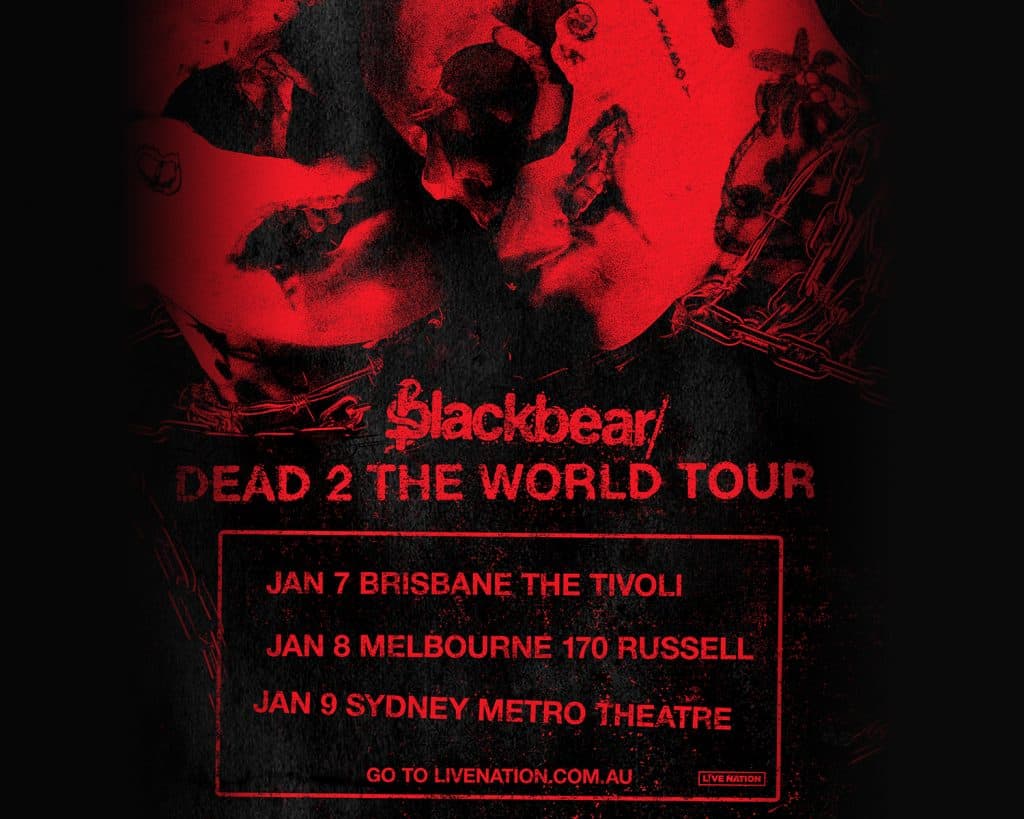 Established songwriter and double-platinum selling artist, BLACKBEAR returns to Australia this summer with his brand-new album, “Anonymous” on the Dead 2 The World Tour.

The Palm Beach, Florida-raised, Matthew Tyler Musto, better known by his stage name blackbear is one of the most talented and musically inclined personalities in R&B. Currently on tour across Europe, the Australian leg will begin at The Tivoli in Brisbane on Tuesday, January 7 before heading to Melbourne and Sydney.

Blackbear is a rock star who defies genres. Swinging between hip-hop and punk, rapping and singing and the increasingly fragile wall between obscure internet culture and the mainstream, blackbear is a tattooed middle finger to all expectations. Covered in denim, he accompanies his listeners through the life of a rock star. It’s nihilism, drugs, sex, anxiety, and insensitive ex-girlfriends – it’s blackbear singing “do re mi fa, so fuckin ‘done with you, girl”, before moving on to the next destructive adventure.

With around a billion streams and collaborations with just about everyone, from 2 Chainz, Cam’ron, Machine Gun Kelly, Ne-Yo to T-Pain, blackbear is one of our most interesting rap hybrids of our time. After leaving Florida-based rock band, Polaroid, Musto relocated to Atlanta, Georgia to work with Ne-Yo and pursued a solo music career.

The 28-year-old singer and songwriter has also produced songs for some of the biggest names in music including Justin Bieber, Linkin Park, G-Eazy and more.  Don’t miss out on this hot Florida rapper’s return to Australia this summer – catch him in Brisbane, Melbourne and Sydney.