After a tumultuous 2020 the BOO SEEKA boys are pumped to be back on the road. We are thrilled to announce that they will be playing some of their first shows of 2021 at The Espy in St Kilda on Thursday 4 & Friday 5 March 2021 and then onto Bloom in Geelong on Saturday, 6 March 2021!

Despite an uncertain year and touring plans going out the window, they’ve still managed to put out three huge singles, ‘Days Get Better’, ‘Take A Look’, and their new summer slammer ‘Never Enough’ racking up hundreds of thousands of streams and strong radio support, Nationally. 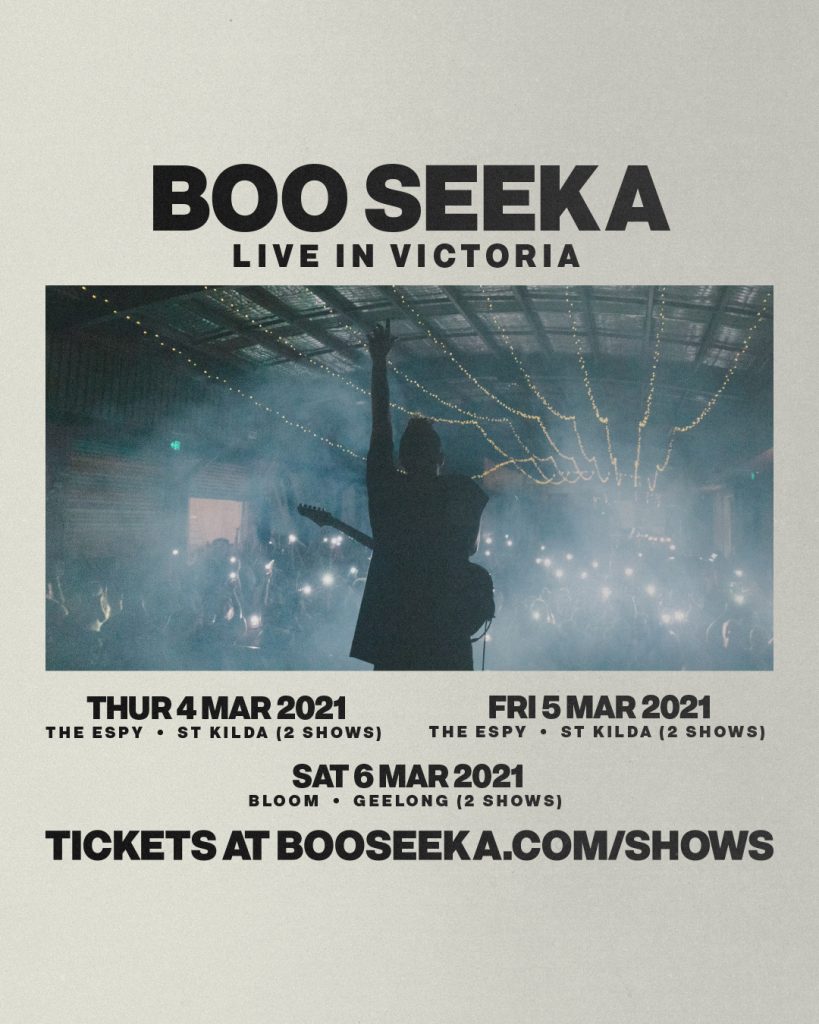