Described as “the most explosive performance ever witnessed” by LOST Magazine, Caravãna Sun has always been known for the raw energy of their live shows. From the huge crowd singalongs to the quiet, soulful heart moments, they always keep their focus on the connection to their audience.

From touring with iconic artists Madness and UB40 to swimming with whale sharks in Exmouth for the Whale Shark Festival, Caravãna Sun has built up quite the reputation beyond the sunny shores of Australia. Hailing from Southern Sydney, Caravãna Sun formed in 2010 and consists of Luke Carra (guitar/vocals), Ant Beard (bass/vocals), Chris Smithson (keys/vocals) & James Smithers (drums).

By 2016 the band had performed at over 500 shows from all corners of the globe, released three full length albums, including the critically acclaimed album Guerrilla Club (2016), with the Sydney Morning Herald calling it “a sonic treat” with 4/5 stars and ”An album so full of otherworldly imagery and highly evolved instrumentation” by Rhythms Magazine.

“We began playing in small venues, tucked away in the corner. Our songs were aimed to make people dance and move in any way. The band started in a place of ska and reggae with a big focus on the trumpet and driving rhythms to keep the energy up. We take our audience on a journey. With such an honest love for music and each other, Caravãna Sun has had an infectious feeling that’s been at the heart of every performance. Our atmosphere is truly honest and present in every moment. From Luke’s driving atmospheric guitar riffs to the swirling analogue synthesis, we paint pictures with sound and build the moments up to huge crescendos, usually ending up in a huge crazy/sweaty party.”

Fast forward to 2020, Caravana Sun has not only cemented their place as a standout band across the world, but also shown no signs of slowing down. Signing with Berlin’s Embassy of Music and joining a heavyweight roster including Björk, Moby, and fellow Aussie acts Ball Park Music, the band is fully equipped and excited for what is to come.

As a result of their extensive touring schedule pre-covid, the release of the album “Live in Germany” was only natural, extending their live show from audiences of over 5000 people to listeners around the globe.

To top this off, Caravana Sun also released the exuberant single “Charlie”, an eloquent ode to companionship. Given the catastrophic events of 2020, this message struck a chord with fans in a way that couldn’t have been foreseen. The band’s next release, “Afterlife” is a dreamy rock odyssey which provides another glimpse into their highly anticipated forthcoming album and sets the record straight that Caravana Sun is making serious waves. Itching to get back on the road again and share their new music, 2021 is shaping up to be the band’s biggest year yet. 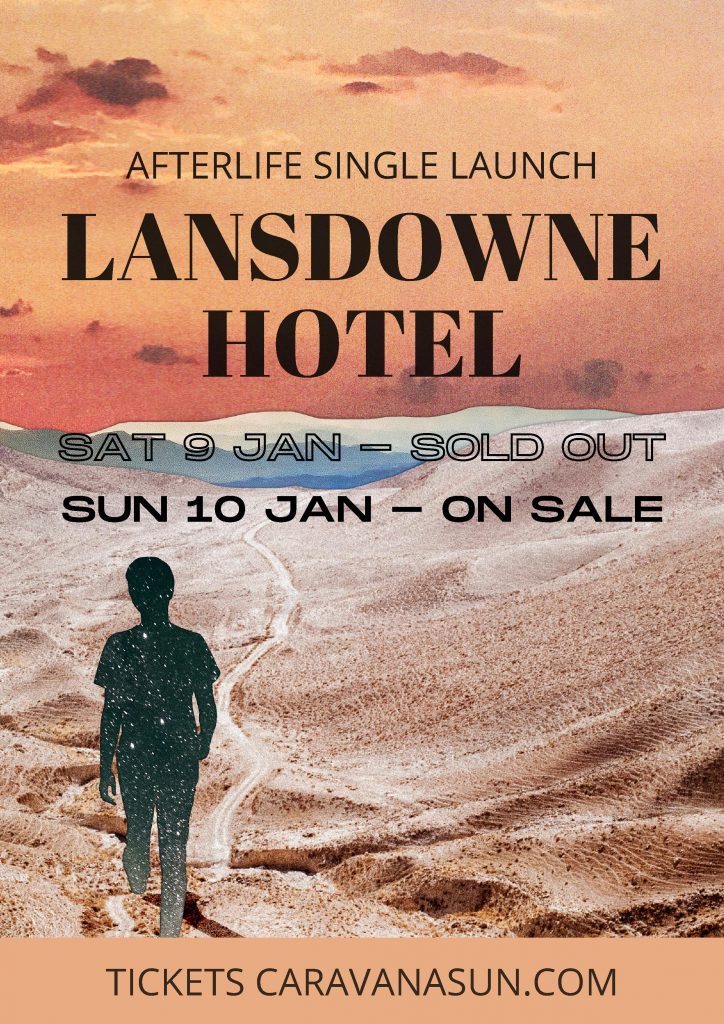