Off the back of the release of their latest album AT THY FEET, Hip Hop game changers Church & AP are heading across the Tasman, bringing their electric live show to Australia this July. Church & AP will be starting their tour on the Gold Coast, followed by shows in Brisbane, Melbourne and Sydney. On heading over to Australia, Church & AP state; ‘I think it’s only natural that we make the trip across the ditch. We’re both fans of the music scene there and I love that it’s being lead by people that look like us.

Undoubtedly one of the most exciting acts to emerge from Aotearoa’s rich and vibrant music scene, Church & AP have taken the industry by storm. Having only just entered their 20s, and staunchly independent, Church & AP have the world at their feet. Church & AP embarked on their most ambitious project yet in AT THY FEET. The release sees the pair exhibit their powerful, polished and boisterous style whilst simultaneously addressing a list of important topics such as racial profiling and gentrification in their neighbourhoods. AT THY FEET takes time to delve into the psyche of pacific youth; sharing the unique perspectives and sentiments that are held by a new generation. Tickets are on sale NOW!

‘Church & AP ‘AT THY FEET’ TOUR – Support from Cult Shotta 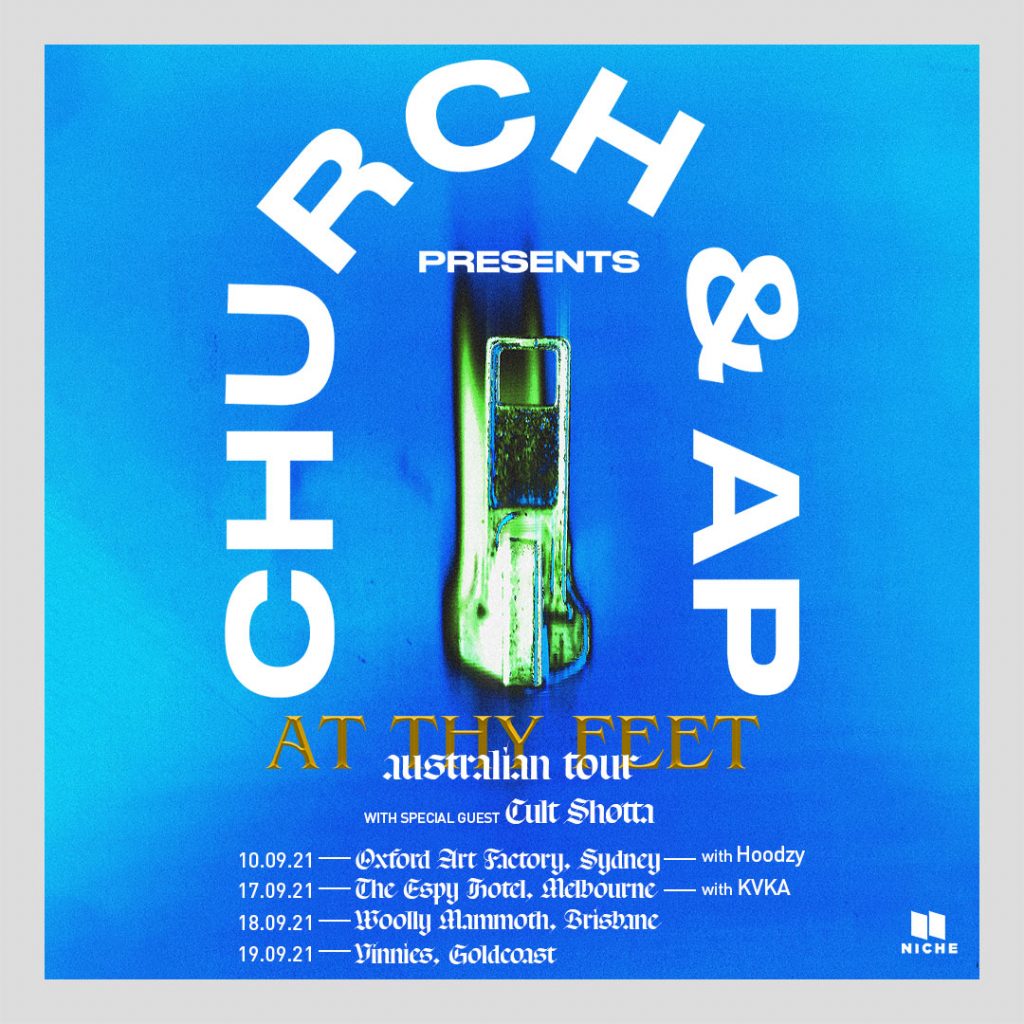