After being trapped in the trap house through COVID-19, Cult Shotta & Lil Golo broke out of isolation and immediately hit the airport. After getting “randomly searched” by airport security, they escaped Australia to tour through Spain, France and Thailand. Their trips were jam-packed with good times, including performing at some jam-packed shows, as well as collaborating and touring with local legends wherever they landed.

They are now back on Australian shores and ready to hit their loyal fans with some newness. Cult Shotta just dropped ‘M.I.A’, a song which showcases their original brand of Emo Drill. Lil Golo quickly followed up with his 3rd single BEAMIN, a follow up to his previous hit single “250” that is on its way to 2million streams on Spotify. In true Lil Golo
fashion, BEAMIN represents Sydney city’s nightlife to the core. EDM, Trap and more Molly than Meldrum!

At their previous run of sold out shows in Sydney, fans were forced to sit down in their seats in order to comply with COVID regulations. It kinda felt like a cabaret! This time the rules are out the window, so expect to be bouncing off the walls amongst high energy insanity, stage diving, mosh pits and… actually, the only thing you can expect from these guys is that you never really know what to expect. It’s always a surprise…

Speaking of surprises, here are a stack of surprises lined up for these shows including some very special guest performances, on-stage games & competitions, new limited edition merch and some brand new music! Cult Shotta & Lil Golo will be joined nationally by DJ Oh Boy & regular collaborator Tanboymiguel (NZ). Stay tuned for news of all the local supports and get ready for what is bound to be the wildest party of the year! 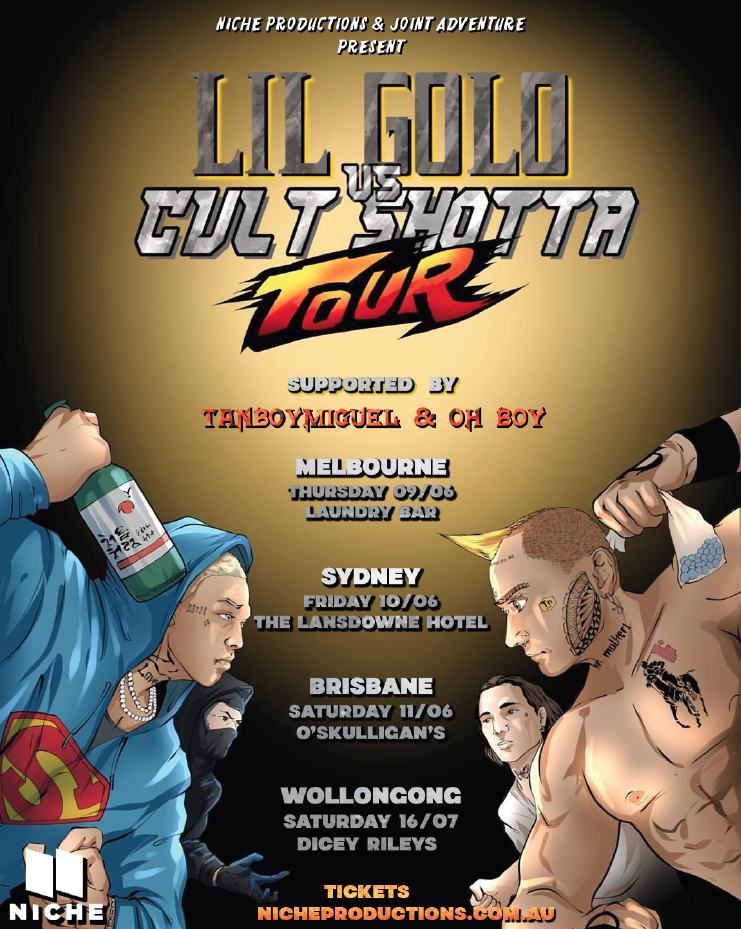