The wait is finally over. Australia’s dark-pop princess, CXLOE has released her debut body of work, a six-tack EP titled Heavy Part One and to celebrate she will be performing two very special shows at Sydney’s Oxford Art Factory.

CXLOE had this to say about how excited she is to perform Heavy Part One live, “I’m really excited to play my first live shows since lockdown, especially in time to play songs from my debut EP Heavy Part One.”

On Heavy Part One CXLOE has defined herself both personally and artistically with the adoption of a dual experience. On the EP, she showcased two distinct personas – CXLOE and Chloe. CXLOE is characterised by darkness, complexity, depth, sharpness and extremes while Chloe is warm, organic, vulnerable, wholesome, and stripped-back. By establishing these personas, CXLOE/Chloe has offered herself acceptance and permission to be complex and multifaceted, with a hope that others feel inspired to do the same. “It’s nice to finally let these internal battles and struggles go and celebrate the fact that these struggles make me who I am,” she expresses.

Since her debut single ‘Tough Love’ in 2017, CXLOE has delighted fans, media and tastemakers across 10 singles including ‘Low Blow’, ‘I Can’t Have Nice Things’, ‘SICK’, ‘Show You’ and a collaborative single in August this year with US production lords Cheat Codes on ‘Between Our Hearts’. She boasts writing credits with the likes of Andrew Wells (Bebe Rexha), Sam Farrar (Maroon 5), The Futuristics (Selena Gomez), MAG (Bebe Rehxa, Zara Larsson, Astrid S), BOYBOY, Louis Schoorl (5SOS, Charlotte Lawrence), Justin Tranter (Julia Michaels) and Ross Golan (Ariana Grande) to name but a few. To date, CXLOE has amassed more than 35 million streams, 5 million of which come directly from the USA, and received enviable international attention across countless global playlists including 49 global New Music Fridays on Spotify and covers of Front Left on Spotify and The A-List Pop and Future Hits on Apple Music to name but a few. Support and critical acclaim has seen CXLOE receive airplay and coverage from triple j, all pop-leaning commercial radio stations across Australia and across global titles such as Billboard, CLASH, The Line Of Best Fit, LADYGUNN, V Magazine, Refinery29, VOGUE Australia, and countless more. 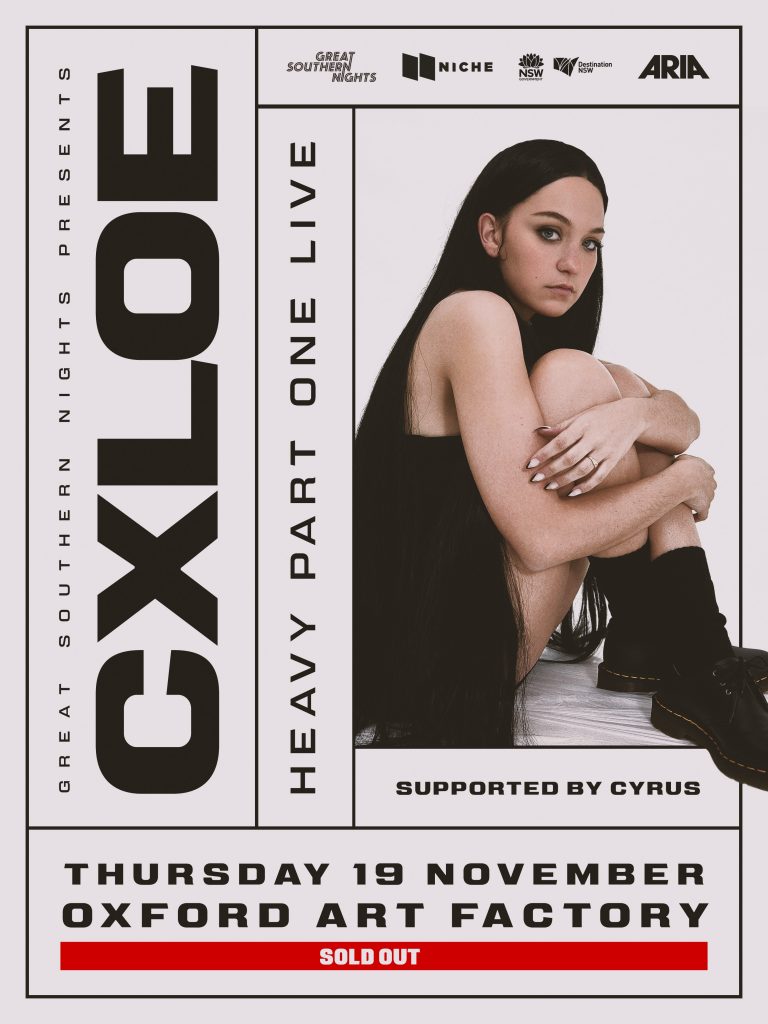