Drapht ‘Back On The Road’ WA Regional Tour

It feels like forever since your favourite artists rolled into town but now the wait is finally over. The Back On The Road WA tour will see four of the state’s biggest home grown exports hitting key centres right across regional WA throughout August and September.

Hip hop stalwart Drapht and the nation’s favourite new indie-rockers Spacey Jane will be loading up the touring vans and doing what they do best, this August. The Back On The Road WA tour will deliver some of the best names and biggest production ever seen to venues in North West towns including Geraldton, Exmouth, Dampier, Port Hedland and Broome, inland to Kalgoorlie and to the South West centres of Esperance, Albany, Bunbury and Dunsborough.

And there are two more huge artists touring in September still to be announced!

The tour kicks off in the South West with Spacey Jane and the North West with Drapht, with all ten venues hosting a different artist on their dedicated day of the week, for four weeks across August and September.

Music fans, bands, venues and dozens of music industry businesses have really done it tough this year, with the live music sector being one of the most hardest hit industries in this global pandemic. Everyone involved in Back On The Road is thrilled to be at the forefront of generating business for these venues across regional WA. 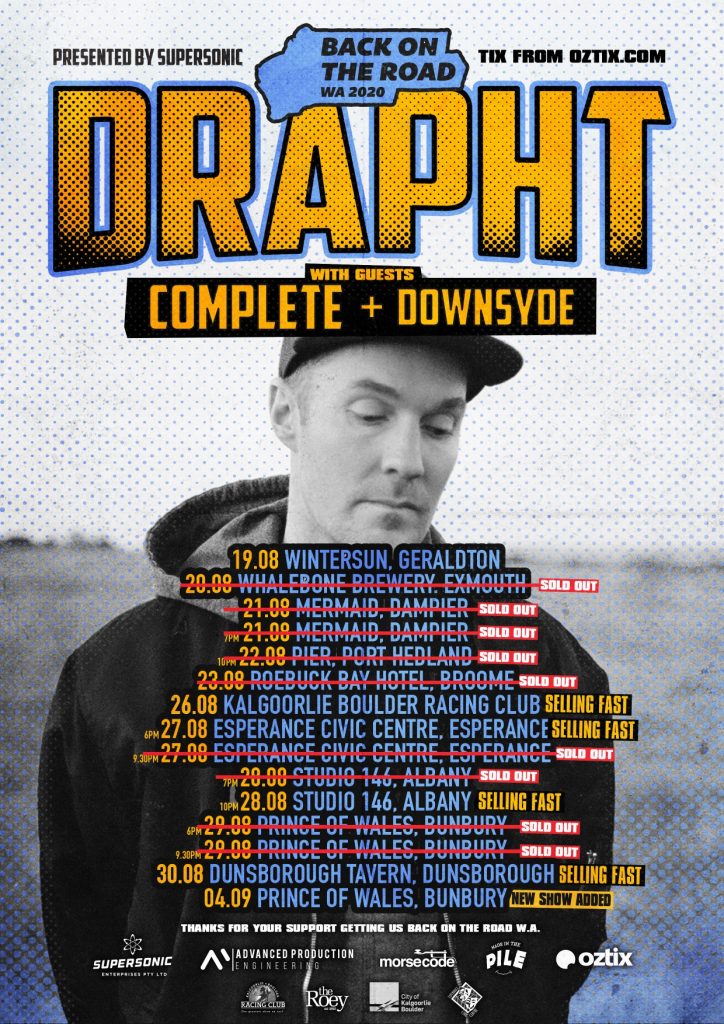