Despite its darkness, the release ultimately offers a glimmer of hope with the message that it’s never too late to tackle your mental health head on, even long after you think you’ve beaten it. With their own personal wounds truly laid bare and continuing to heal, ultimately Drown This City hope to stir up the courage in everyone to dig deep and fight their buried pain.

To date, Colours We Won’t Know has garnered over 360K streams – meanwhile the band finding themselves gracing Spotify’s playlist cover for Homegrown & Heavy, and as a mainstay feature on the Deathcore playlist.

Colours We Won’t Know is out in full now via UNFD. Drown This City are set to support In Hearts Wake on their national tour in January/February 2022, and play the Melbourne leg of Full Tilt Festival alongside Northlane, Thy Art Is Murder, Luca Brasi, Slowly Slowly, Make Them Suffer + more in March. 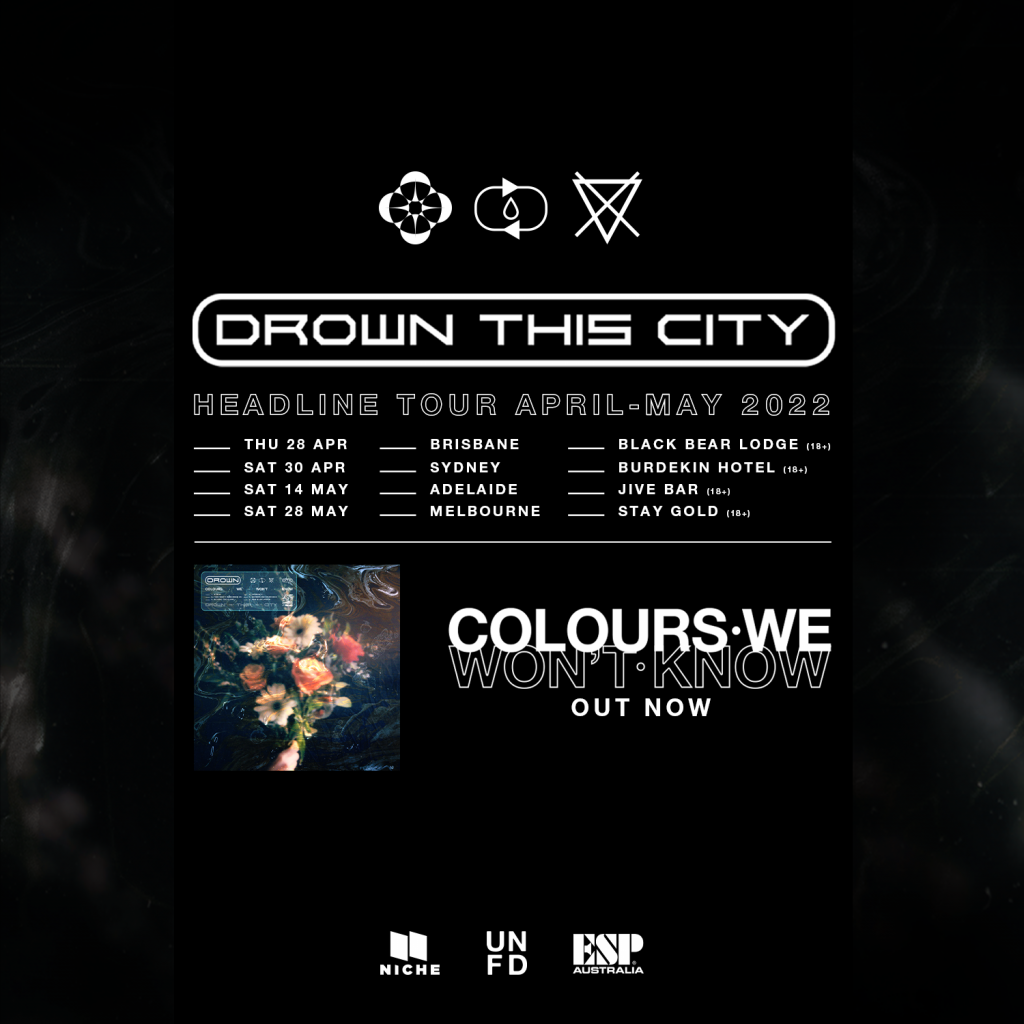