Following the release of their debut single, Riding Through The Fire EAST AV3 have seen shine from triple j, Spotify and streaming services alike. On top of this they were selected as triple j Unearthed Feature Artist back as picked to perform on Adelaide’s Listen In festival earlier in the year.

Today the band also announce that they’re performing in capital cities around Australia including Melbourne, Sydney and their hometown of Adelaide. 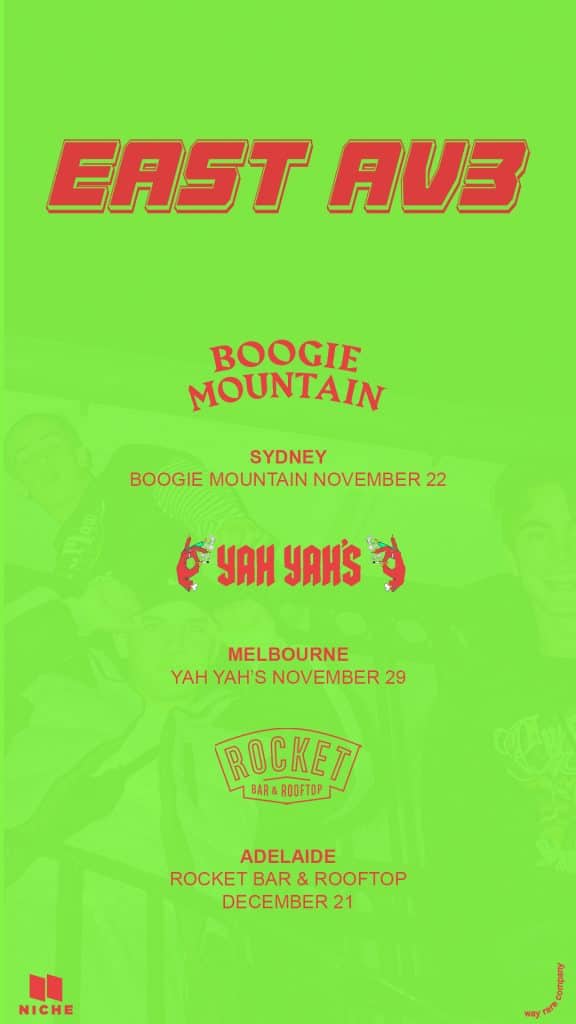