EMALIA announces her debut live show at The Vanguard, Sydney on Saturday May 15th. The singer/songwriter has been hailed as Australia’s “new R&B princess on the rise” and is finally embarking on the live performance journey she has been deprived of throughout the COVID-19 Pandemic. It’s known how hands-on EMALIA is with her creative processes. From directing her visuals, to the writing and vocal arrangements of her music, her undeniable creative instincts will be fully showcased for the first time this May!

In 2020, EMALIA took charge of her situation, performing as a feature artist for Taka Perry’s Triple J “Like A Version” with A.GIRL & Gia Vorne; hosting a virtual fan event with U.S popstar, Madison Beer; and, supporting Jessica Mauboy for the most watched YouTube Music Session of the year. Defined by her unique musical identity, EMALIA’s debut live show at The Vanguard is not one to miss. 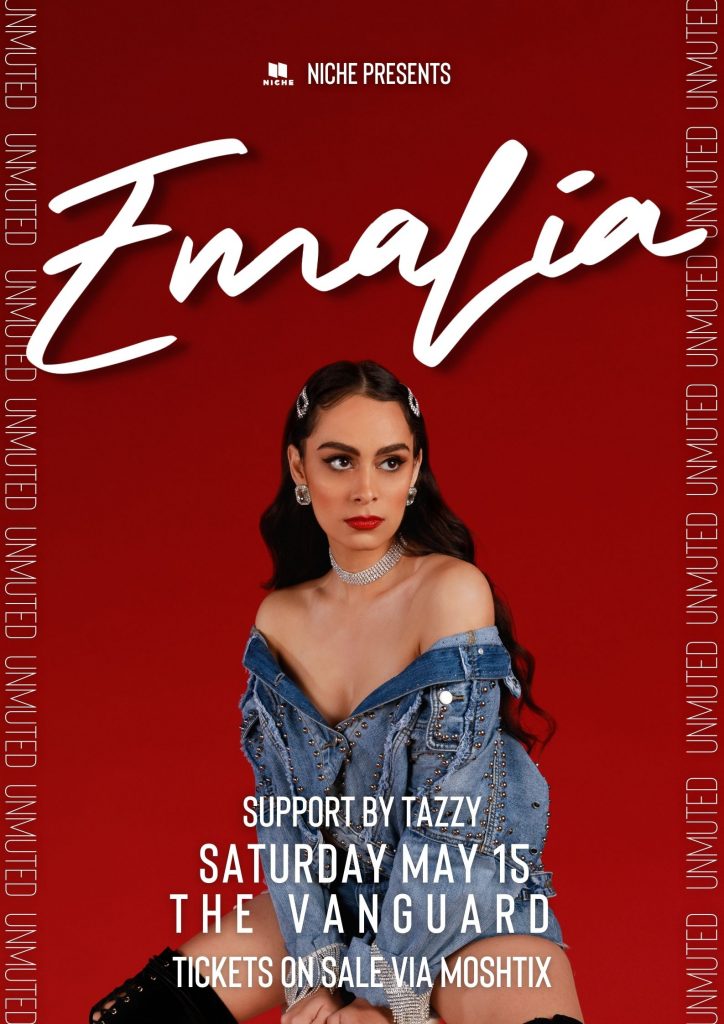