Furnace And The Fundamentals ‘A Very Furnace Xmas’

Australian musical chameleons FURNACE AND THE FUNDAMENTALS are celebrating the return of live music and the re-release of their Christmas album ‘A Very Furnace Christmas’ with an exclusive Xmas time party at Sydney’s Oxford Art Factory.

Their incredible party-starting energy will blow the roof off the intimate surrounds of Oxford Art Factory, with a Christmas party featuring photos with Santa (the real one, of course), raffle prizes and more.

Their latest single ‘Jingle Bells/All I Want For Christmas Is You’ is a good timey mashup of two of the all-time Christmas classics and will appear on a new edition of the ‘A Very Furnace Christmas’ album available on CD & digitally.

The club show is a way to re-connect with fans newly emerged from Sydney’s four month lockdown and to entertain those who may have missed out on tickets to the band’s sold out Enmore Theatre headline show set for March 2022.

Furnace and the Fundamentals are Australia’s most epic party band, which has seen them sell out the Enmore Theatre in Sydney and play to over 20,000 people at the British Grand Prix in Silverstone, 40,000 at the Super Rugby Finals and packed crowds at festivals and clubs across the UK & Europe.

The band described as ‘humanity’s most exhilarating dance party’ have also turned their talents to reimaginations of classic songs as Christmas time hits, featuring ‘YMCA’ and ‘Gangsta’s Paradise’ amongst others. The original release of the ‘A Very Furnace Christmas’ record debuted at #29 on the ARIA Charts on its release and the single ‘Giving in the Name Of’ spent 10 weeks in the German rock radio DJ charts during 2020. 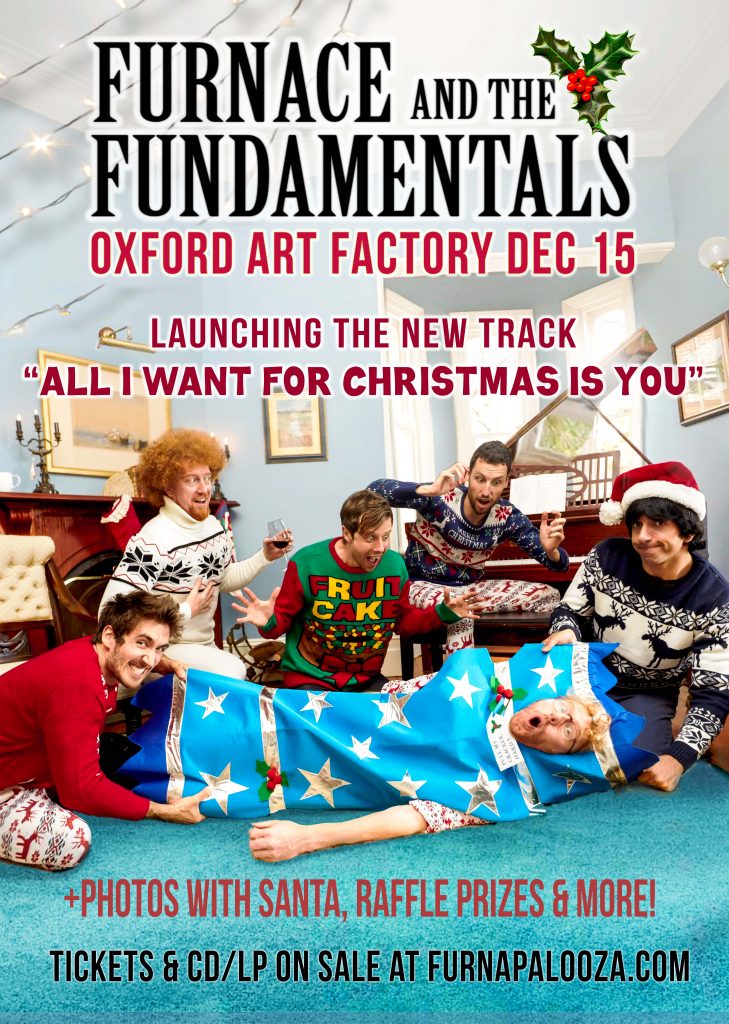