In celebration of his mammoth year and global achievements, Genesis today announces his biggest Australian tour to date for 2022. After selling out his 23 date Smiling With No Teeth tour earlier this year alongside his Goon Club, Genesis Owusu will now take The Black Dog Band show around the nation, featuring Kirin J Callinan, Michael DiFrancesco (Touch Sensitive), Julian Sudek (World Champion) and OURNESS founder, Andrew Klippel. Kicking off on Thursday, March 3 at Sydney’s Enmore Theatre, followed by Adelaide Festival on Friday, March 4. From there, Genesis Owusu will head to Brisbane’s The Tivoli on Saturday, March 12, before a final show at Melbourne’s Forum Theatre on Sunday March, 13. Debuting with over 7 sold out shows at Mary’s Underground back in October 2020, don’t miss your chance to catch the final headline shows for Genesis Owusu’s Smiling With No Teeth era. 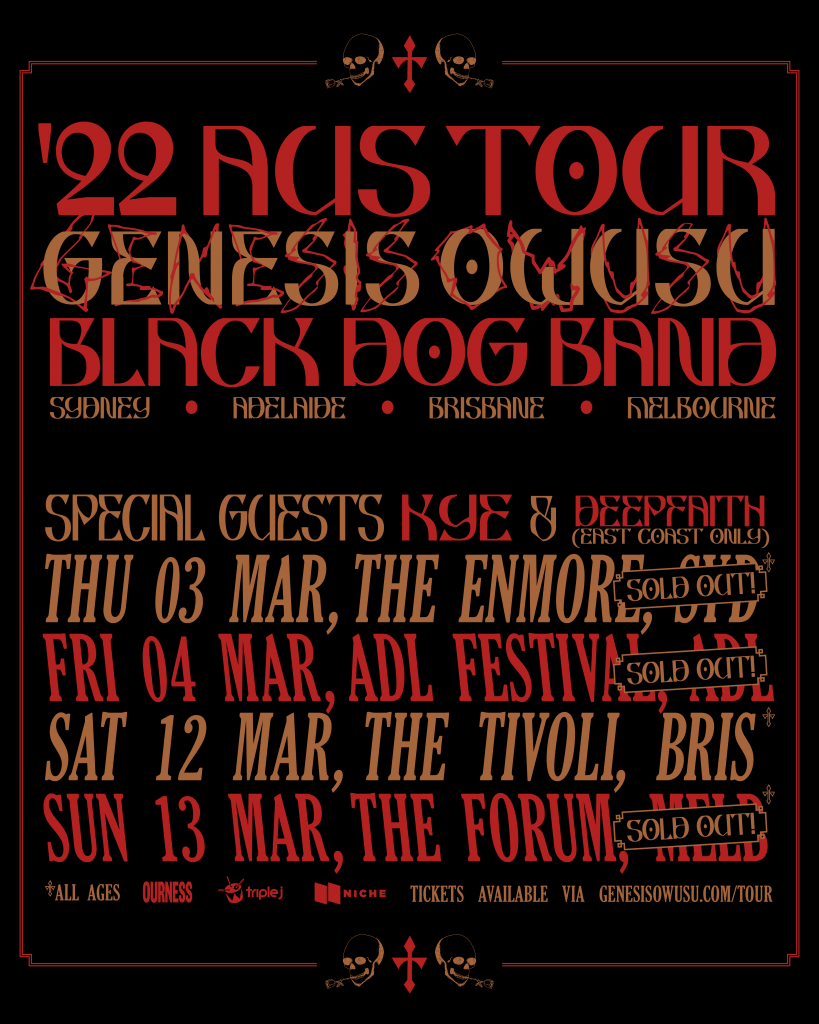