Haiku Hands is going on tour. Following the release of their debut self-titled album last September the dance-pop renegades are finally set to get rowdy and rough in Sydney, Brisbane and Melbourne this April and May. Tickets are on sale now

To mark the announcement, watch Haiku Hands get wild on the live performance video for Super Villain.

Most recently, Haiku hands brought their singular, unruly, and outright fun to Sydney Festival and Sydney Dance Company and will soon also take the stage at Yours and Owls in April and Wide Open Spaces in May.

“The record explores an attitude of empowerment, humour and positivity whilst also delving into darker themes and expressions. We aimed to be original in our creative choices, we were influenced by multiple genres and artists but were aiming to create something that sounded new and different,” muses Haiku Hands of the album. 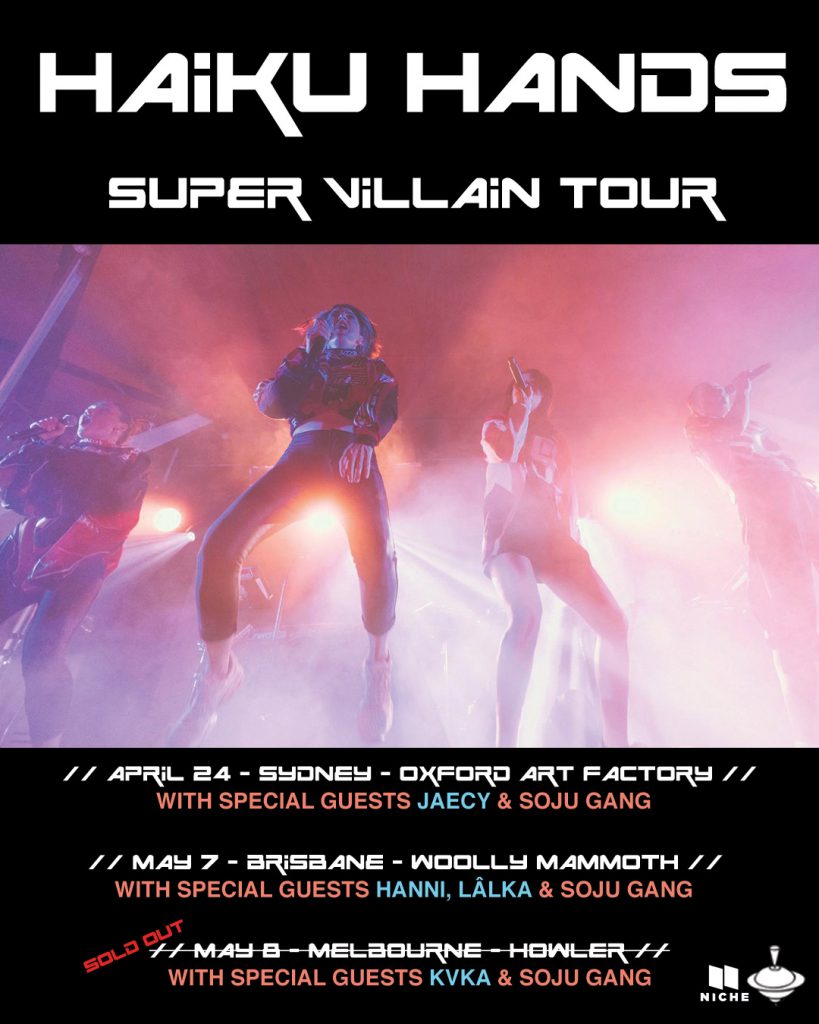