From the haunted grounds of The Forum, A Very Hiatus Halloween is headlined by Hiatus Kaiyote and hosted by the Duke of Dread, aka PBSFM’s DJ Richie 1250. Joining the band on stage is the mind-melting mix of dark synth magic from The Night Terrors, alongside Melbourne’s favourite improvisational ensemble, Uncomfortable Science:In Hell. Slicing reality into ribbons, Alon Ilsar’s NightmAir will also invite punters into his dark realms of immersive technology and rhythm.

Additional performances include a special Spooky Drag Show, curated with some of Melbourne’s best Hallow-queens, as well as a dismembered ensemble of Sideshow Maniacs who will have heads spinning across the night. The audience is encouraged to join in the spooky action, with an open invitation to submit their best work to the Creepy Short Films that will be playing in the theatre of terror. If filmmaking isn’t your forte, embrace your Halloween spirit via costume, where prizes will be awarded to best dressed. 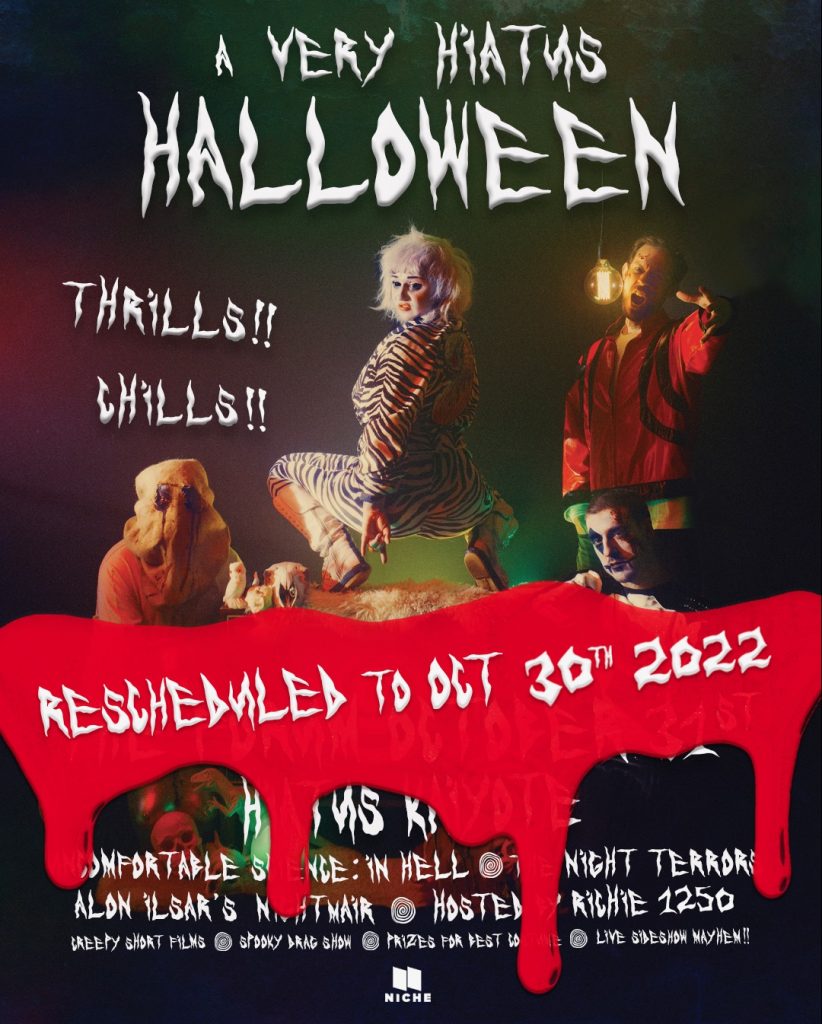