The Antihero tour is slated to be an iconic experience for Huskii fans who will get to connect with the artist through an intimate run of shows. With some of the most loyal fans in Australia, Huskii’s earned unanimous respect from both peers and critics alike. “I do cut my self off from a wider audience, but the fans who can relate become my family,” he says. “You either get it, or you don’t.”

A rare performer, this will be the first official Huskii tour and his first live appearance in over two years. Expect to hear underground classics like Maybe It’s Me, Body The Booth, 4 Days in the Trap and Servo, as well as the refined sound developed on Antihero. “We pushed the music in the exact direction my whole discography has been leading up to,” he says. “When it drops, you’ll feel like you found the last piece of the puzzle.”

You can look forward to seeing Huskii live alongside a mix of emerging and OG heavy hitters, full line up coming soon.

If you bought tickets at Oxford Art Factory, we have now moved to Metro Theatre – all tickets remain valid and more go on sale Friday 4:00pm

Sunday 29 May – Wollongong, LaLaLa’s *SOLD OUT 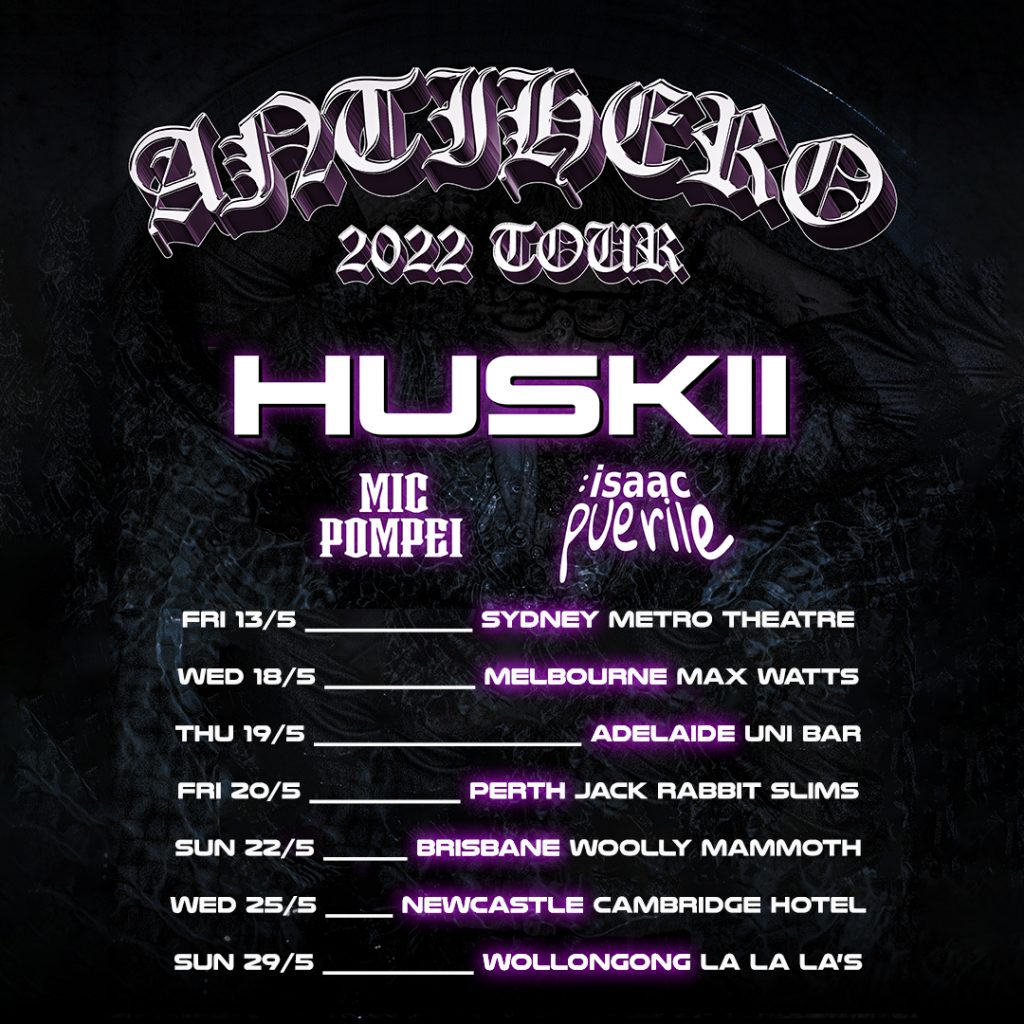