Meaning: in other words

What happens when we separate the idea of artist & their music from their person? Are we able to connect with music more, or less, when it’s presented on a blank canvas? This was the concept behind I.E. who wanted to literally present his music and craft ‘in other words’.

An African Australian rapper, singer, songwriter and record producer from Sydney, Australia. Born in Nigeria and growing up in Innsbruck Austria during his early years, I.E.’s father would listen to Michael Jackson and The Wallens, planting the early seed of passion for music and after relocating to Australia, he would be heavily influenced by Pharrell Williams and Kanye West.

He started his music career in 2009 as a songwriter for UMPG Universal Publishing, leaving shortly after to start a new venture called Dream Big alongside Manu Crooks, Blessed and Anfa Rose, I.E. reinvented himself and started working on the bigger picture.

Asking to be judged by is music alone I.E. is an elusive character who lets the music do all of the work. It didn’t take long before he Announced his debut EP, titled “Road to Paradise”, produced by I.amsolo, with the release of it’s first single, “Seperated” in 2017. In 2019 I.E. raised the bar once again the long awaited release of RTP accompanied by a short film, co-directed with the Jean Collective that tells the story of Road to Paradise both visually & sonically.

I.E. represents the listener, becoming a faceless expression of experiences & feelings to relate to. Who he might be, or who he might not be is beside the point.

Life works in mysterious ways, and for homegrown emcee Travy P that meant packing his bags and making the move from Brisbane to Sydney to sleep on a studio floor. This move marked a turning point and preceeded collaborations with Manu Crooks, B Wise, I.E. and 360. 360 featured on his debut single in 2017 ‘Sleepover’, that single was just a taste of his EP Photos Of Images Never Taken (POINT) and was quickly backed up by the Manu Crooks collaboration 24/7.

Travy P is no stranger to the microphone. He’s been free-styling and beatboxing since primary school, and has been an omnipresent advocate for Brisbane’s burgeoning hip-hop scene for years. His early mixtapes and Out Of The Blue EP showed a clear appreciation for Golden Era legends like Big L and Lord Finesse, layered with more contemporary touches influenced by Kid Cudi and Kanye West.

Moreover, his approach to songwriting radiates with positivity – a perfect pairing with his brazen and bright dress sense. It’s a refreshing alternative to hip hop fuelled by macho bravado and faux gangsterisms, and indicative of his teams movement towards a more progressive mindset.

Travy P further cites Biz Markie as his favourite artist, saying he could relate because they’re both “misunderstood and got laughed at.” It’s clear that despite his often-humourous lyricism, Travy P is an artist to be taken very seriously in Australia and abroad.

As an all-rounder who excels and accelerates in all lanes, Travy P is primed to snatch the spotlight. You better recognise the sound and look towards the skies, because Travy P says “I ain’t going nowhere. Nowhere but up.” 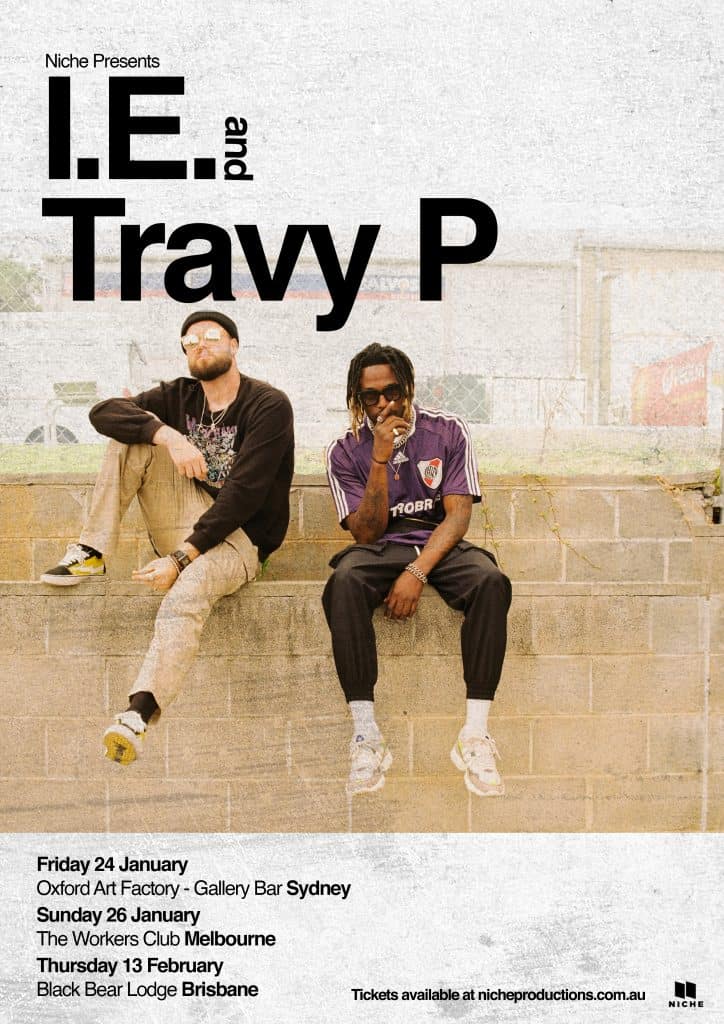