Penned with Taylor Goldsmith from US outfit Dawes and Rilo Kiley’s Jason Boesel, who also plays drums on the track, ‘Never This Time’ is the second single to be lifted from Clark’s forthcoming BASTARDS EP, announced today and due for release on Friday 21 May (MGM/Potts Entertainment).

It’s a stunning four minutes of honest guitar-driven indie-rock, showcasing Imogen’s raw vocal as she reflects on the deeply personal.

“Two things run in my family – anxiety and alcoholism. I’ve struggled with the former as long as I can remember, and I’ve seen the latter ruin so many people in my life.

“The heartbreaking thing about alcoholism is how it twists people you love, turns them into strangers. This song is about something I’ve learned the hard way – you can give people chance after chance, let them make promises to you and break them, but in the end, if they don’t want to change, there’s nothing you can do, and have to cut the cord before they drag you down with them.

“I had to tap into something so raw to write this song, and I think you can hear that in the finished track.” 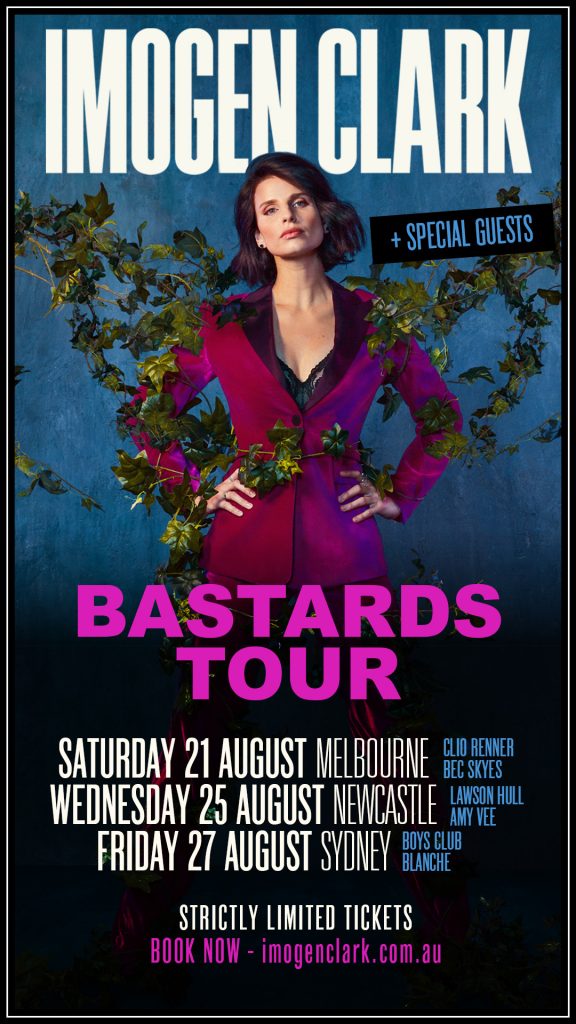