GET ‘MY LAST CHRISTMAS WITH YOU’ SINGLE HERE

Celebrated singer-songwriter Imogen Clark has unveiled ‘My Last Christmas With You’, her brand new single, produced by LA-based Mike Bloom (Julian Casablancas, Jenny Lewis), who helmed Imogen’s recent The Making Of Me EP.

Talking about her latest song, ‘My Last Christmas With You’, Imogen said —

“It can be hard to walk away from people in your life, even when you know you have to. This song is about holding out for the hope of making some last good memories, focusing on the good stuff one last time because you know it’ll be over soon.”

On December 9, Sydneysiders will have the perfect opportunity to make some great memories, kick back, relax and see the year out with a good old-fashioned hootenanny; a unique holiday show set to feature one-off collaborations, surprising covers and some brand new songs!

Tickets are on sale now at factorytheatre.com.au

Released in August, Imogen Clark’s The Making Of Me EP garnered widespread acclaim and was quickly followed by sold out Sydney shows; the Sydney Morning Herald describing Clark’s “infectious energy” in their ««««1/2 live review.

Praised for its raw honesty by fans and critics around the world, the stunning six-track offering showcases Imogen’s powerful vocal and reflective lyrics.

The Making Of Me features a star-studded line-up with players from some of the world’s greatest rock bands – from Benmont Tench (Tom Petty and the Heartbreakers) on keyboard, to Pete Thomas (Elvis Costello and the Attractions) on drums. A touch of Alex Lahey, Clare Bowen, Emma Swift, Anita Lester and more can be found across EP singles ‘Found Me’, ‘My Own Worst Enemy’, ‘The Making Of Me’, and ‘Paper Boat’.

Don’t miss your chance to catch Imogen Clark and friends for an evening of fun, frivolity and a touch of the unexpected on 9th December! 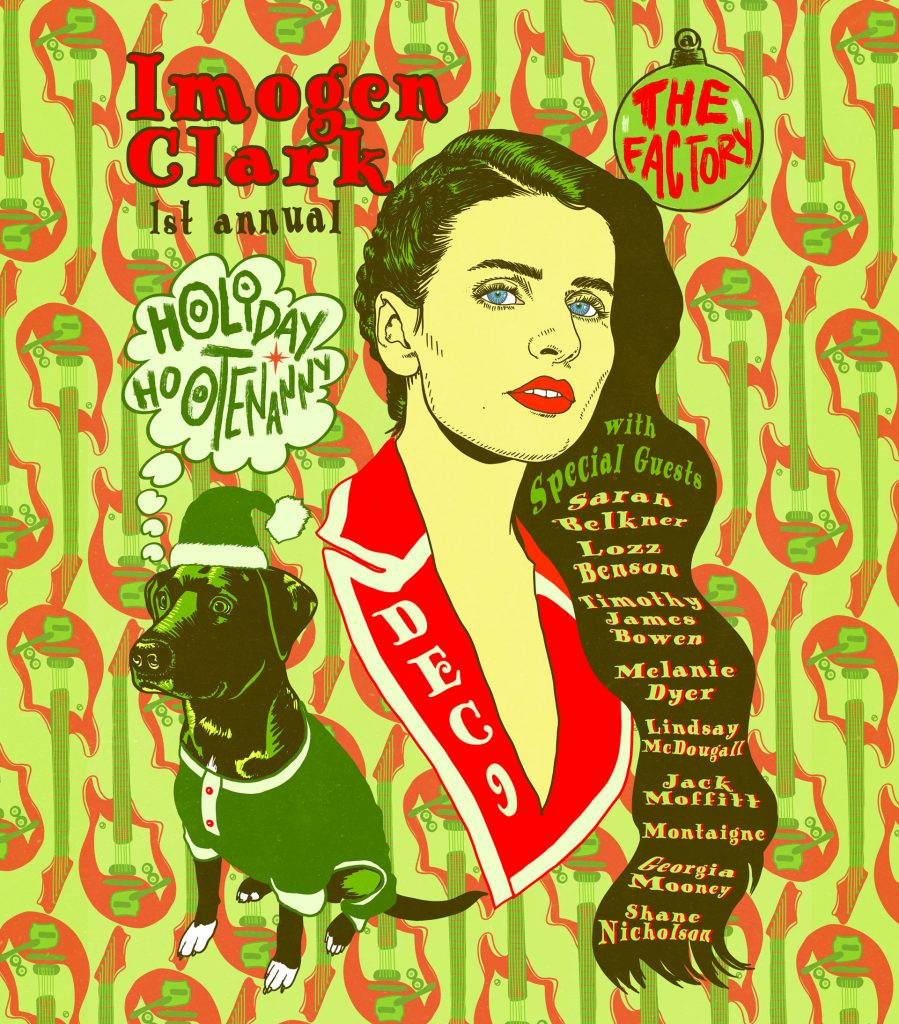