In 2020, Imogen Clark turned lemons into lemonade, taking the setbacks of the year in her stride. She released a critically acclaimed EP, performed back-to-back sold-out Sydney launch concerts in September, dropped a nostalgic Christmas single, and wrapped it all up with an epic First Annual Holiday Hootenanny gig with her musical mates – including Montaigne, Jack Moffitt (The Preatures), Lindsay McDougall (Frenzal Rhomb) and more.

In 2021, she’s upping the ante. Imogen returns with ‘Forget About London’, the captivating new tune and lead single from her forthcoming EP, due out later this year. Penned with Melbourne-based singer-songwriter-producer Eilish Gilligan, who also performs backing vocals on the track, ‘Forget About London’ is a Taylor Swift-style breakup banger.

“In the middle of 2019, I went through a really tough breakup and was stranded in London for the aftermath”, said Imogen. “I got swept up by this guy, I was on the rebound and found myself falling for him, but in the end, he led me on and left me heartbroken.

“I came back to Australia thinking the change of scenery would help me get over it, but I couldn’t escape the now tainted memories of this romance.”

‘Forget About London’ sees Imogen join forces with producer Mike Bloom (Julian Casablancas, Jenny Lewis) and Pete Thomas (Elvis Costello and the Attractions), both of whom she worked with on 2020’s The Making Of Me EP.

To celebrate the release of her new track, Imogen also announces a May residency at one of her most beloved local venues, Sydney’s Low 302 Bar. Each Tuesday in May, Imogen will perform an intimate show, taking music lovers through her back catalogue and music from her forthcoming EP.

Her ‘The Making Of Me’ music video was filmed at Low 302 in early-2020, days before COVID shut down live music around the country, so you know it’s going to be special when Imogen returns to Low 302 in May!

Tickets are on sale now at imogenclark.com.au 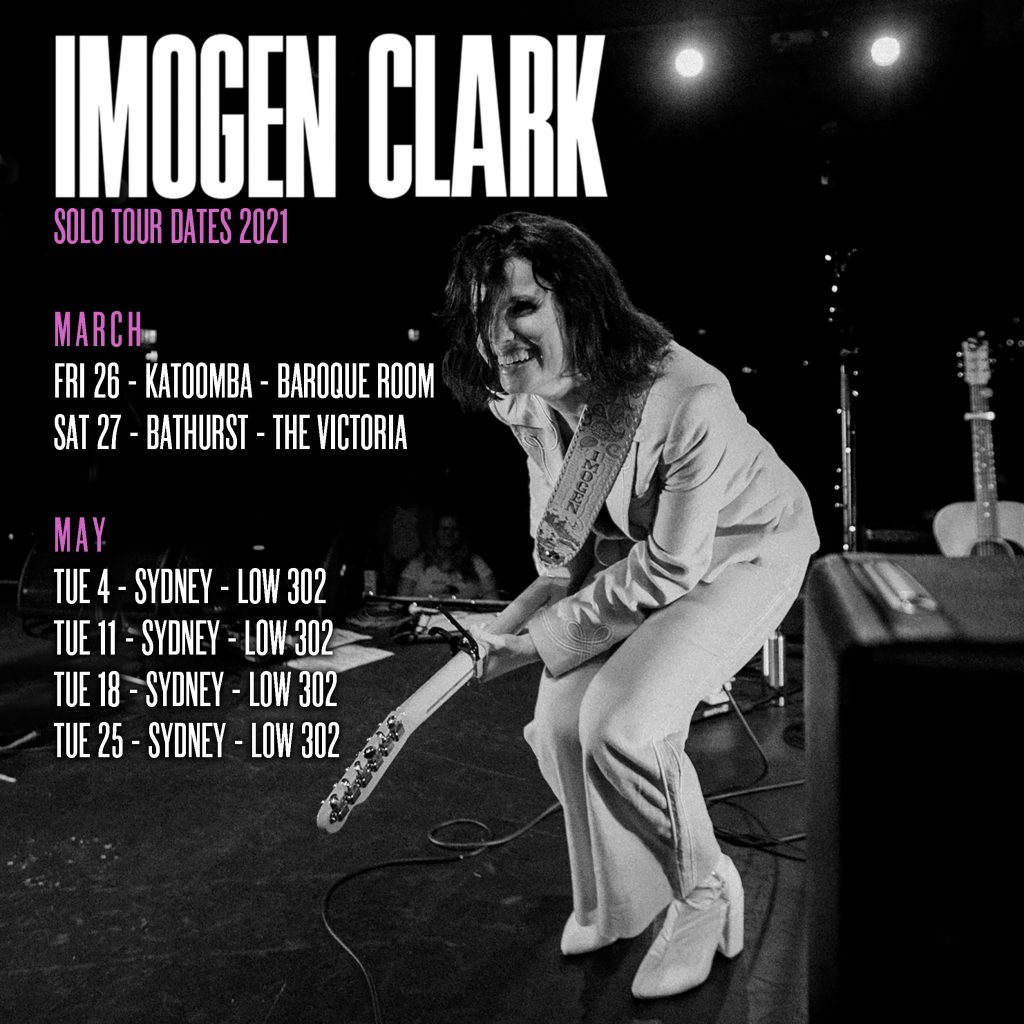