“There’s a real beauty in music that’s able to transport you to another world, especially at a time like now. Someone that understands that – and has the skill set to do that, no less – is West Australian musician James Abberley, who over the last two years, has blossomed into one-to-watch on the west coast” (Pilerats)

Based in Margaret River in the southwest of WA, James has been hailed as one of the best live acts in the business. With a huge sound and high energy show full of Melody and storytelling, his music is infatuating and melodic, and will leave you craving more. James truly does blur the lines of a modern day singer Songwriter, with a tradition Folk / Roots approach, his songs are drenched in soul and summer swept vibes, and they will be stuck in your head for days.

James has supported some of Australia’s finest including Xavier Rudd, The Waifs, Ash Grunwald, Paul Dempsey, Kim Churchill. In January 2020 Abberley toured internationally in New Zealand for the first time, where four of the six shows sold out. This trend has continued with James selling out shows all along the WA coast over the last twelve months.

James’ most recent single I See Your High, (Released 18/06/21) was co-written and performed with good friend and fellow singer songwriter ASKYA. Other recent projects include To the Edge (Released 26/02/21) with Bitter Belief and Call (Released 12/02/21) with Downsyde. Do yourself a favour and have a listen on Spotify today! 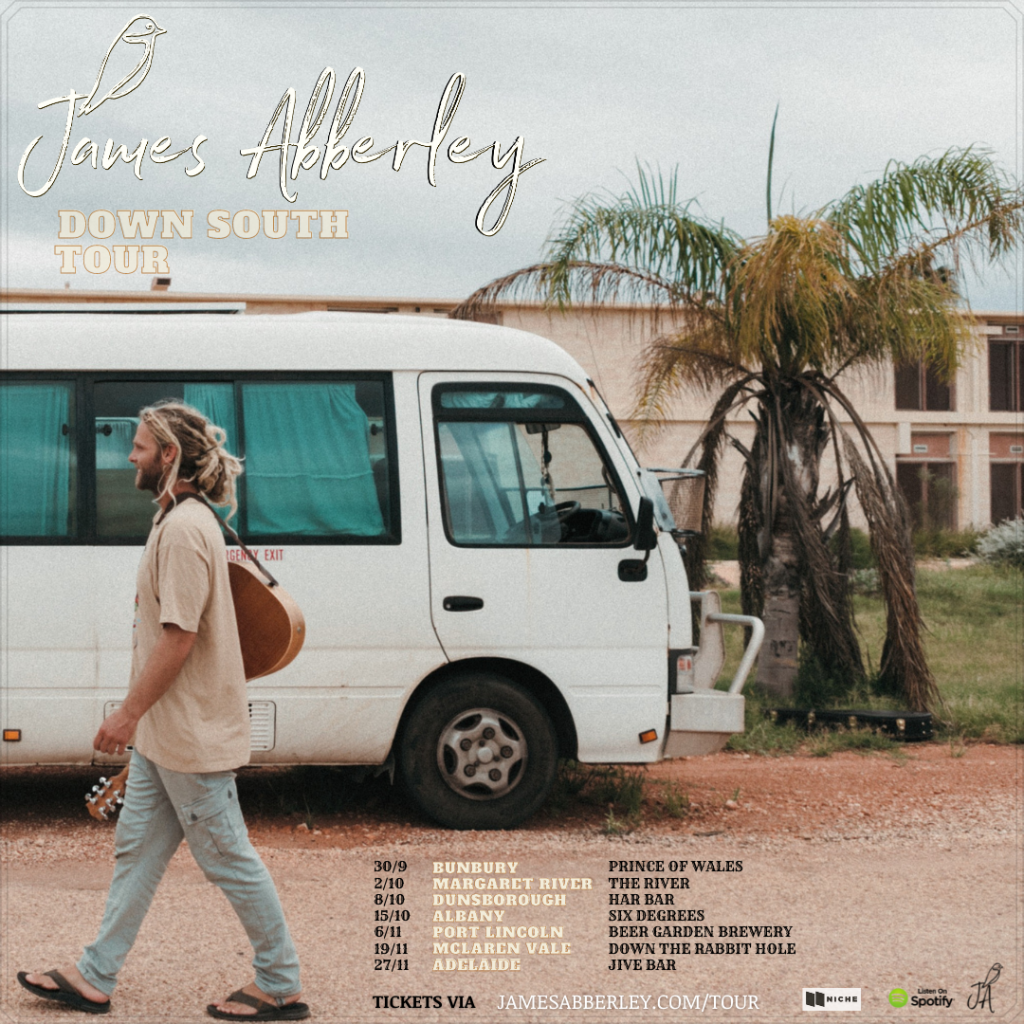