On the 14th June Jordan Rakei will release his new album “Origin” on Ninja Tune. It includes new singles “Say Something” and “Minds Eye”, and is overtly inspired by dystopian visions of our future, with many of the album lyrics exploring technological growth, and how it affects our sense of humanity.

Soulful, intimate and expansive all at once, Jordan Rakei’s third album, “Origin”, cuts straight to the point, in every sense of the word. The melodies are brighter, the sound is bigger and the vision behind it more finely-tuned. Switching up from the highly personal and intimate portrait he painted with 2017’s “Wallflower”, which was a way of grappling with his experience of anxiety and introversion, “Origin” is overtly inspired by dystopian visions of our future.

With a fistful of highly praised releases under his belt and a timeless soulful, jazz and hip-hop driven sound, the 26 year-old multi-instrumentalist, vocalist and producer is a rare talent. Born in a quiet town in New Zealand, Jordan moved to Australia at the age of three, spending most of his childhood in Brisbane. In 2014, his “Groove Curse” EP garnered strong support from North America and Europe, coaxing Jordan to make the 10,000 mile journey to live in London.

Having sold out his upcoming show at Earth Hackney in under an hour, Jordan Rakei announces his biggest world tour to date. 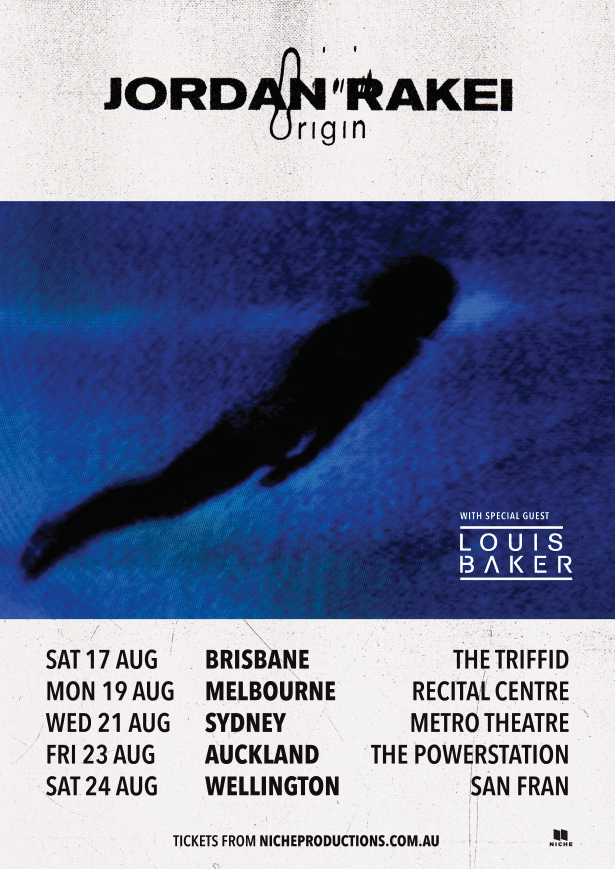