JOY. Alone On The Moon

It’s been a while, but JOY. is hitting the road once again in support of her single ‘Alone on the Moon’, the second offering from her highly anticipated EP ‘Portal’. ‘Alone on the Moon’ was born during the Sydney lockdown, “It was just one of those songs that came about so naturally. It was written during a period where I felt quite isolated. I liked the way it metaphorically described such a distinct moment in time that is quite universal to everyone.” says the 24 year old producer, performer and songwriter.2021 saw JOY. spread her wings as a producer and songwriter, notably receiving production and performing credits on The Kid Laroi’s Billboard No. 1 album ’F*CK LOVE*. JOY. also spent time in New Zealand and LA writing, before heading home to complete her forthcoming EP at ‘The Grove Studios’ on the central coast. ‘Portal’ delves into more traditional instrumentation than we’ve heard before and promises to take listeners on a journey of sound and emotion.The ‘Alone on the Moon’ tour will be the first time audiences will hear songs from ‘Portal’, where they can except to hear JOY.’s signature ethereal sounds, paired with dreamy visuals and a new level of multi-instrumentation they haven’t yet heard before. The ‘Alone on the Moon’ tour marks a turning point in the artists career – one not to be missed. 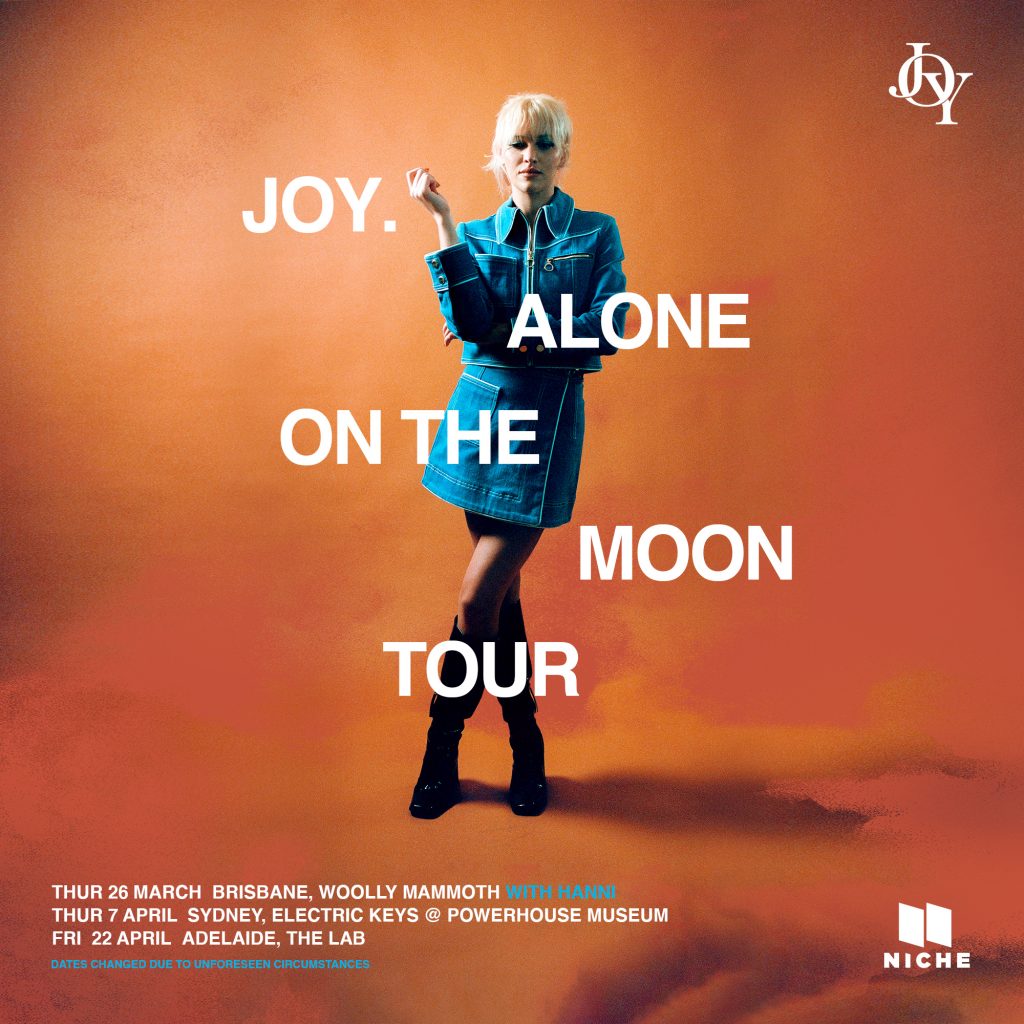