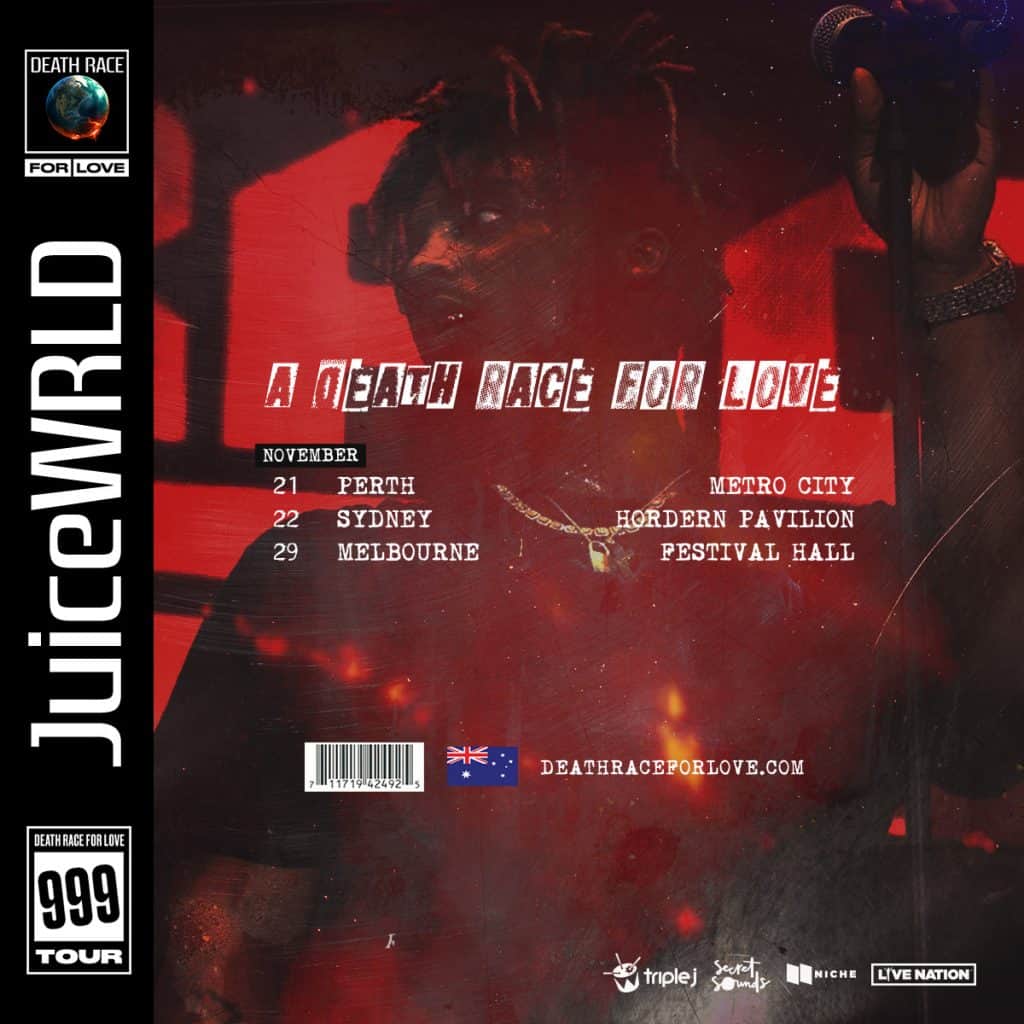 BJUICE WRLD, will make a very welcome return this November for his biggest headline Australian tour yet.

Touring on the back of his brilliant sophomore and Billboard #1 album, Death Race For Love, Juice WRLD will hit the stage of Perth’s Metro City on November 21 before heading east to Sydney’s Hordern Pavilion on November 23 and Festival Hall, Melbourne on November 29.

The 20-year-old Chicago native dropped his highly-anticipated second album, Death Race for Love, in March of this year. Featuring the hit single “Robbery,” the album immediately debuted at #1 on the Billboard 200 and peaked at #8 on the ARIA Album chart.

Juice WRLD, hip-hop’s breakout star of 2018, previously visited Billboard’s top 10 with WRLD on Drugs, his collaborative offering with Future which debuted and peaked at #2, and his debut studio album, Goodbye & Good Riddance, which climbed to #8. Along with his double-platinum single “All Girls Are the Same,” the platinum-certified album features tracks “Lucid Dreams” and “Armed and Dangerous.”