This November, Kllo will be playing Sydney for the first time in a year, following the success of their debut Australian album and recent singles ‘Potential’ and ‘Candid’. The last stop on an upcoming world tour, Kllo will be treating their Sydney fans to the tracks have come to know and love – as well as a sneak peek at new material from Kllo from their forthcoming sophomore album (set for release in 2020).

After releasing their incredible debut album ‘Backwater’ in 2017 (a record which saw them receive global praise from the likes of Pitchfork and the New York Times), Kllo embarked on two expansive world tours with sold out shows around Europe and North America and festivals appearances in Australia for Laneway Music Festival and Listen Out. Always dynamic on the live front, these seasoned performers are primed for another opportunity to deliver their energetic show to growing legion of supporters.

A collaboration between Melbourne cousins Chloe Kaul and Simon Lam, Kllo first emerged in 2014 with a sound well beyond their years, fusing elements of electro-pop, R&B, U.K. garage and 2-step with modern sensibilities and wide-eyed sincerity.

The duo’s first two EPs, Cusp and Well Worn, have amassed millions of streams, making them a fixture on festival stages across the globe. 2017 brought Kllo’s full-length debut, Backwater, a refined, coming-of-age account. The album depicts inner adjustment to outer change: being far from home, treading through uncharted territory while yearning for the comforts of the familiar.

“Kllo’s live show has been going from strength to strength, with no signs of slowing down.” 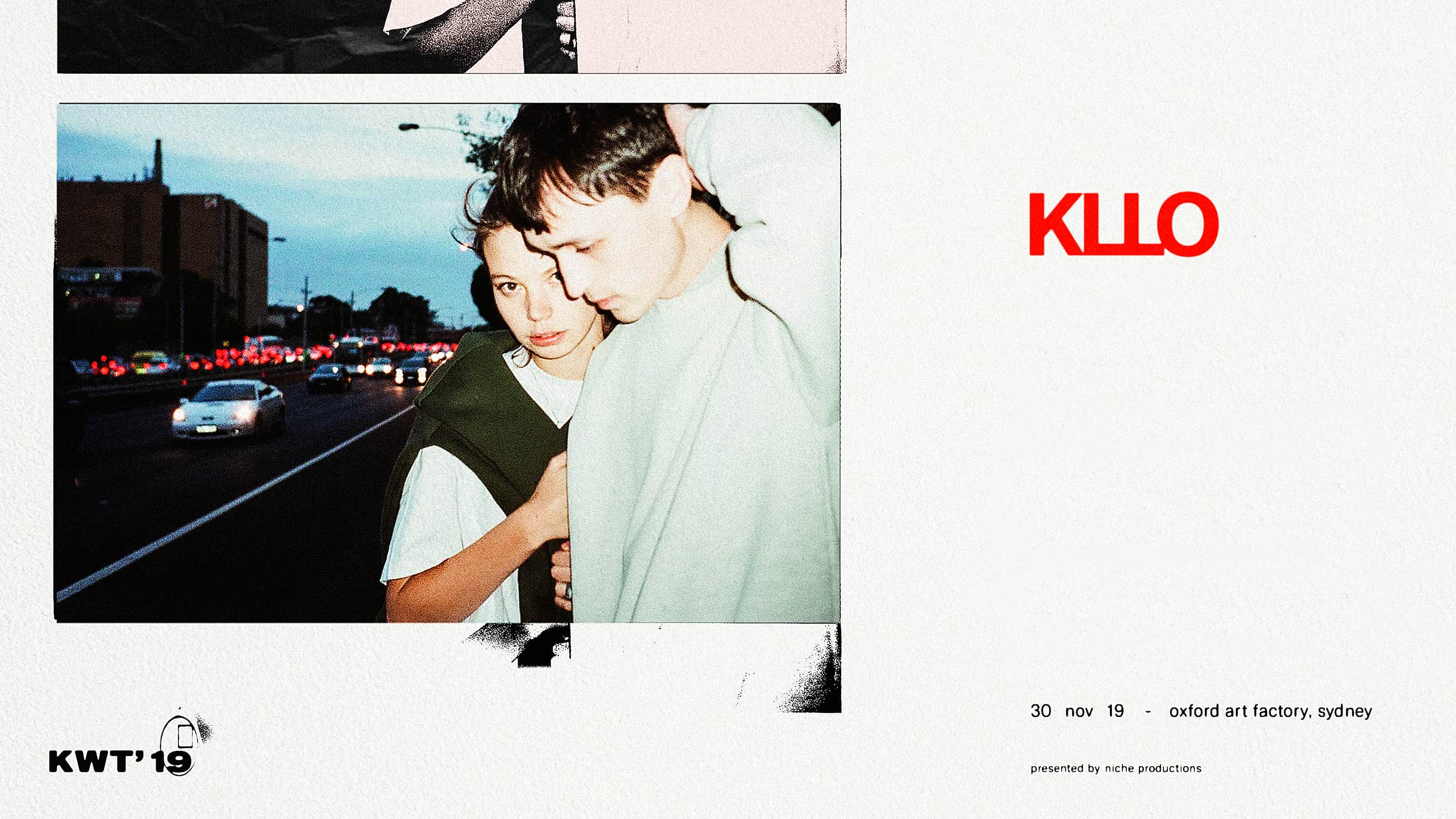