Hot off the heels of Chillinit’s 2021 Australian tour, Goodna- based rapper and local Hip hop force LISI has today announced he will be hitting the road with his ‘Dreams Tour’ this October! The tour will also feature four-piece collective Th4 W3ST.

Since bursting onto the scene with his Gold-accredited single ‘Say Less’ in 2019, Lisi has become one of the most omnipresent local forces in hip-hop, accumulating over 30 million streams and 10 million Youtube views in the opening chapter of his career.

With a focus on intricate storytelling and personal lyricism, Lisi’s music delves into everyday life in the 4300 and the real issues faced by his people, evidenced by his widely-praised Average Man EP in 2020. Offering a contemporary take on classic hip-hop sonics, Lisi’s considered sound has earned him an intergenerational and international fanbase. With live music now opening up across Australia, and a swelling army of supporters, Lisi will bring his energetic live show to stages across 2021, as evidenced by his recent show-stopping performance at Lunar Electric Festival. 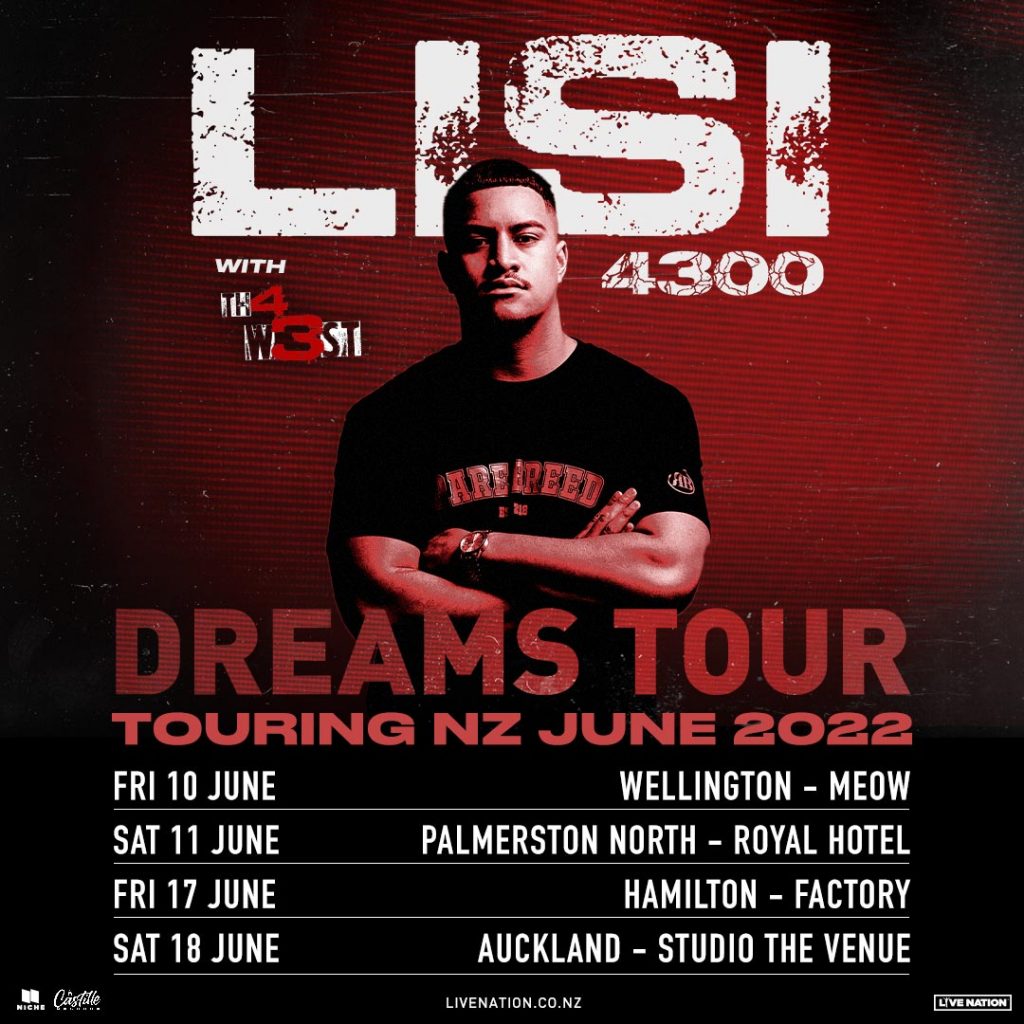