Beginning to play guitar and write songs at the age of eight, Lola Scott was spending lunchtimes in the music rooms for the majority of her school life. This dedicated honing of her musical craft over the years eventually led to her attaining a Bachelor’s degree in guitar, and Scott subsequently began her career as a session musician playing in friends’ bands throughout University, even landing a European tour and various local tours.

Since the launch of her solo project in 2018, Scott has delivered highly-praised singles with mind-blowing consistency, releasing three hook-laced singles in 2019 including “Crowded Conscience”, which saw spot plays on triple j, and “Cyclone Weather”, which was added to full rotation on tastemaker station FBi Radio in Sydney. Lola launched into 2020 stronger than ever, with triple j-favourite “Take Me Back”, which received praise from Purple Sneakers, LeFutureWave, CloutCloutClout, Music Feeds, Indietronica and more.

Evoking comparisons to alt-pop trailblazers Maggie Rogers, Wolf Alice and (Rex Orange County or King Princess and with more music to come in 2020, Lola Scott has cemented a truly original sound and a formidable reputation in the Sydney music scene. 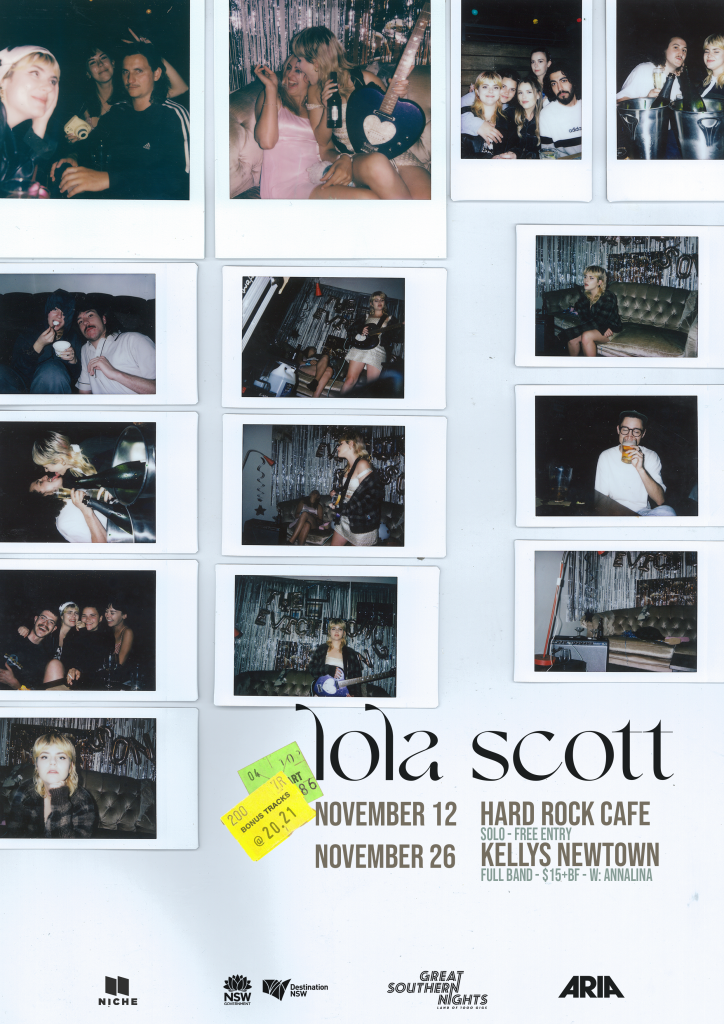