“Synth-heavy indie pop floating in melancholic drama” – it’s the perfect description from Lola Scott herself of her multi-faceted musical stylings. Over the past 12 months, the young Sydney-based artist has worked tirelessly on expanding her musical offering.

Established as a gun-for-hire, she has toured internationally as a guitarist, racked up a bunch of co-writes and most recently set up shop as a producer – all part of her steadily evolving face as an artist set to be a force to be reckoned with.

Introduced to music by her Dad who loved new-wave, post- punk synth pop and alternative rock, she quickly began piano lessons, but her love for guitar sparked with lessons from age eight. The hobby became a full-blown obsession with classical guitar studies in high school and a degree to follow. playing in a heap of college bands punctuated the process, before Scott realised that the only way to tame her inner control freak was to start a solo project.

Along the way her childhood exposure to Joy Division, The Cranberries and New Order merged with current loves of artists including Banks, Broods and Maggie Rogers – all of which have had an impact in some way on where she has arrived as an artist, producer and creator.

With five singles across 2019/2020 out in the world alongside some acoustic and orchestral re-interpretations, Scott’s next releases including July’s Double A Side ‘the night I ran away and tried to sleep at a skate park’ and debut EP (name and date TBC), are set to continue to widen the sonic horizons set by the anthemic pop releases of the past 18 months. 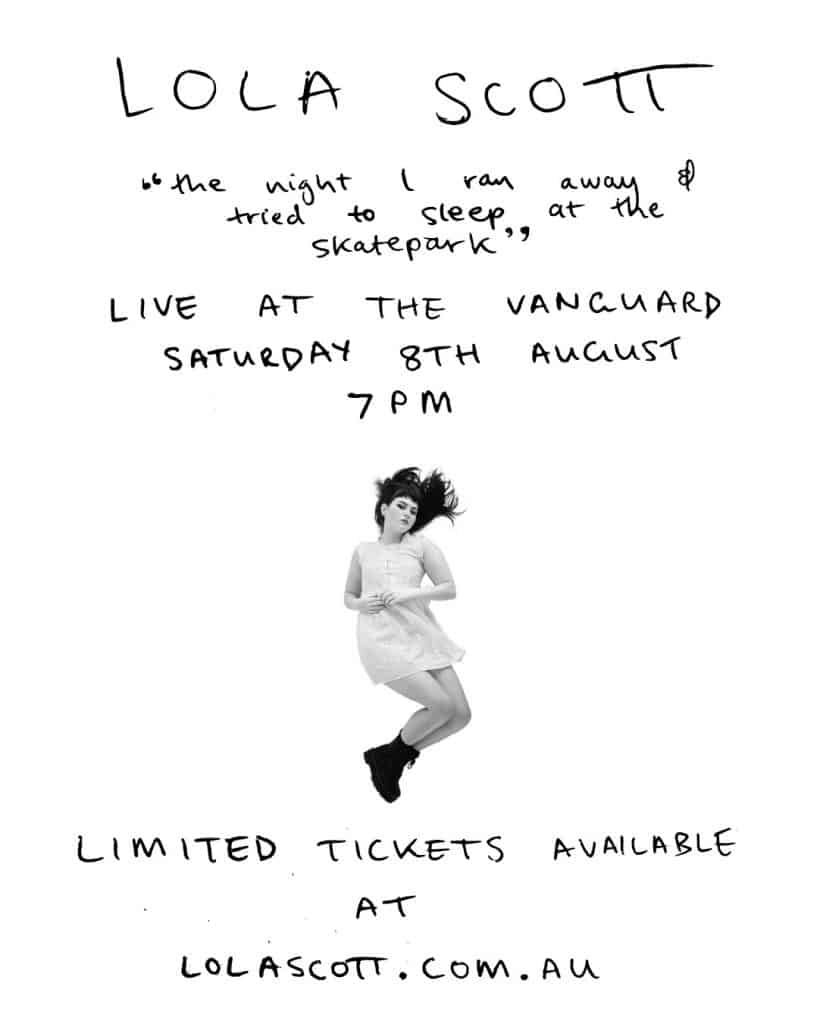