Itʼs barely been 12 months but MALi JO$E has already established himself as a forced to be reckoned with at home in Perth and nationally with a unique and energetic take on alt-hip hop.

With echoes of Frank, J. Cole and at-home contemporaries like Remi and Arno Faraji, he paints a colourful picture with impeccably smooth flow, backed by the vibrant production nous of OJC43

Already showing maturity beyond his years on previous singles like breakout debut Show Love and more recently Mistakes, he brings an even bigger, brighter mood on latest single, SQUAD. It rides high off the back of a massive 2019, a year that saw him hitting the top of the triple j Unearthed chats, playing to a huge crowd at Groovin The Moo Bunbury and scoring a WAM Hip Hop Act Of The Year nomination.

But thatʼs in the past, and with a heap of new music and national touring on the cards for a kid whoʼs barely legally allowed to drink, the stage is set for a massive 2020.

Indeed, Australian hip hop has carved out an exciting new voice over the past couple of years, and moving forward into an uncertain future, the effervescent, energetic vibrations and artistic vision of MALi JO$E look certain to lead the charge. 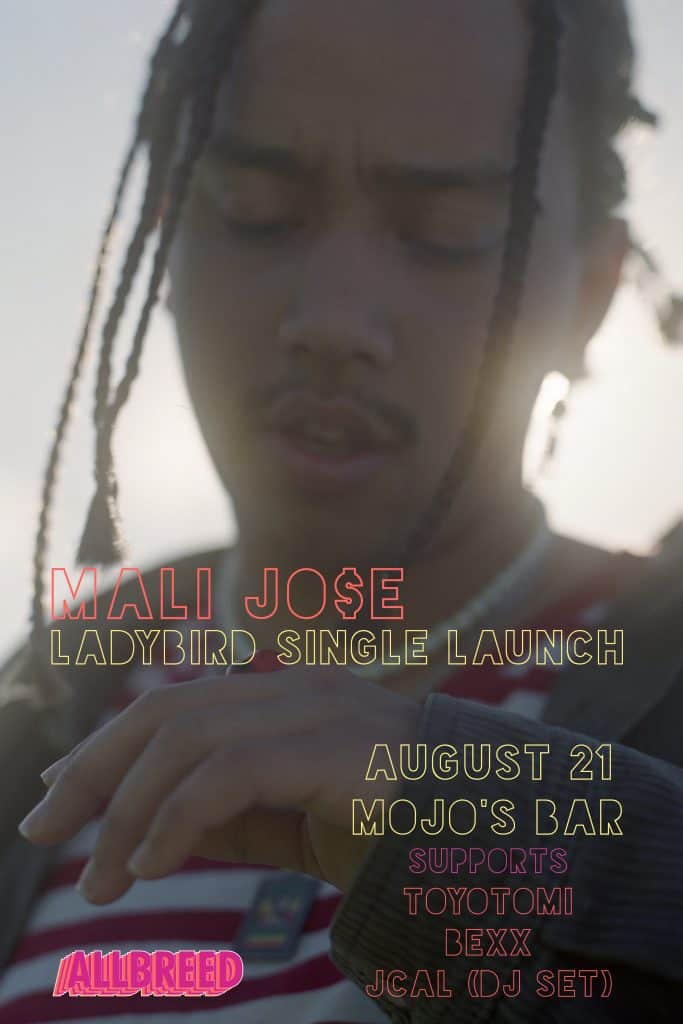