Melbourne-based, worldwide-beloved, twice-Grammy-nominated Hiatus Kaiyote returns in 2021 with their new album Mood Valiant and to celebrate, the band are going on tour.

Due to current border restrictions, the Hiatus Kaiyote – ‘Mood Valiant’ Tour is being rescheduled. Hang onto your tickets!

Comprised of Nai Palm (guitar, vocals), Paul Bender (bass), Simon Mavin (keys), and Perrin Moss (drums), Hiatus Kaiyote broke internationally in 2012 with their first LP, Tawk Tomahawk, which was praised by simpatico musical travelers from Erykah Badu to Questlove to Prince, and embraced by DJs like the BBC’s Gilles Peterson, DJ Jazzy Jeff and Anthony Valadez (KCRW/Morning Becomes Eclectic). Their first R&B Grammy nomination, for their song “Nakamarra,” was followed by a second for “Breathing Underwater,” from their sophomore album, 2015’s Choose Your Weapon.


Playing at some of the most beloved venues in Melbourne, Newcastle, Sydney, Canberra, Perth, Adelaide, Hobart and Brisbane. 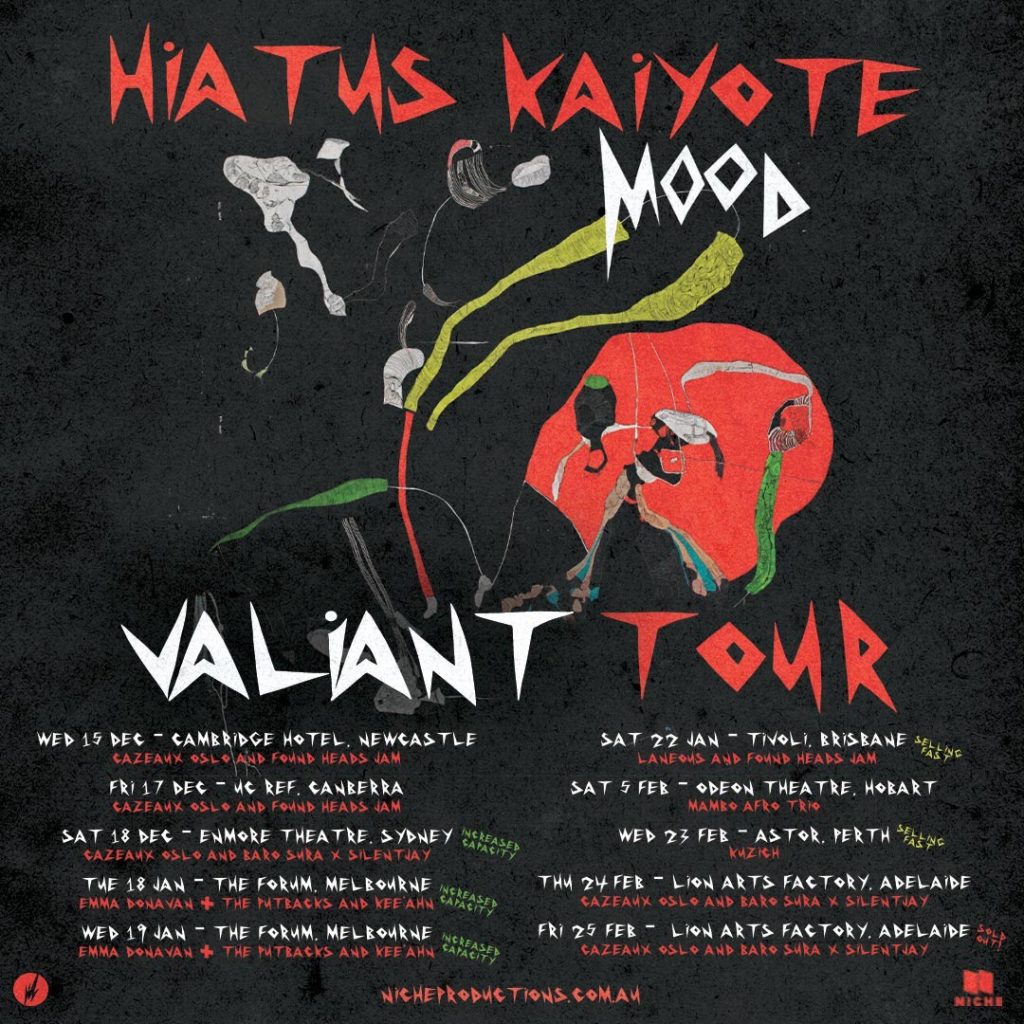