Everything about singer- songwriter Nathan Ball feels unforced. A natural, easy, calming presence, his music scales universal emotional highs with as much fluidity as it descends into moody introspection.

Finding inspiration in the outdoors, much of Nathan’s material is connected to his surroundings. “It’s where I write best; by the sea, in the mountains, in the woods. I love being totally immersed in nature so naturally those themes find their way into the music.  I love being in the ocean – just being in it, and feeling totally insignificant. It’s a reminder of the order of things.”

Nathan’s work fuses two chief loves – classic song writing and an eagerness to experiment and push sonic boundaries. Perhaps unexpectedly, he finds inspiration in left-field house music. “I love the way it makes you feel – it’s euphoric, but sad, introverted but expressive.  I love that darker side of the genre”

Based in London – Nathan Ball’s music possesses universal appeal, his break out singles “Right Place” and “Drifting” connected with audiences in the UK and internationally. Lauded by press outlets like Line of Best Fit and Clash as well as streaming services, the songs cross traditional boundaries of indie, folk and electronic, the universal thread being Nathan’s emotive and magnetic voice.

2018 & 2019 has seen Nathan release new music and tour throughout the UK, Germany and The Netherlands, as well as a 25 date tour in Australia with Ziggy Alberts performing to 25,000 people across the country. He returns to Australia in December 2019 for headline performances in Sydney, Brisbane and Melbourne and a festival performance at FOTSUN. 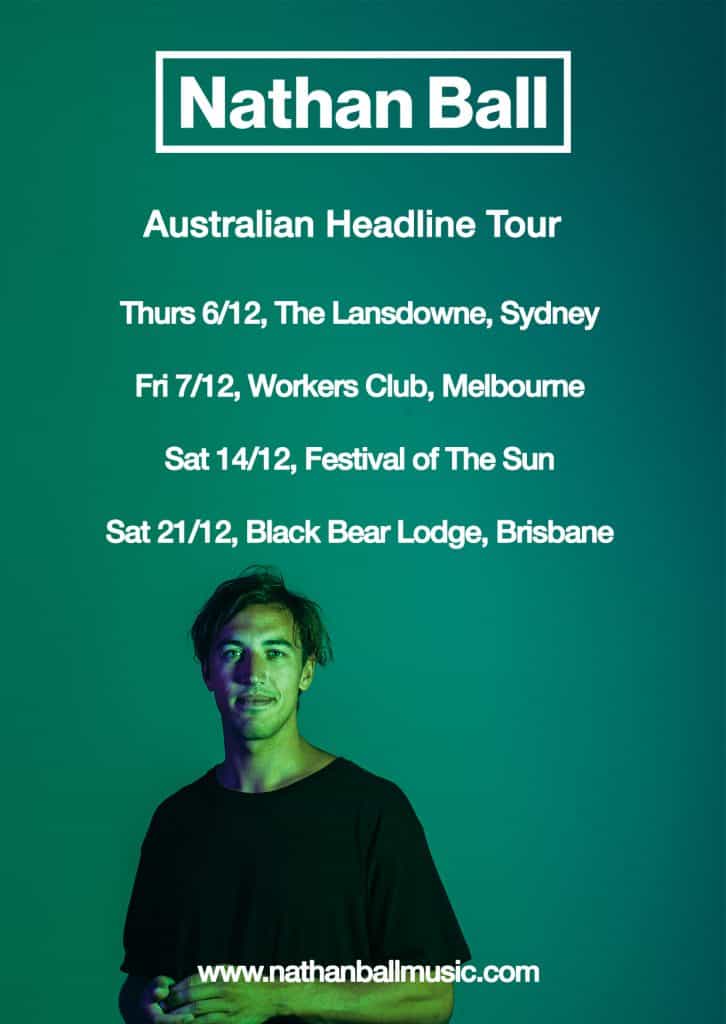