Nick Ward is a 19 year old songwriter, vocalist and producer from Sydney Australia.
His work lends itself to a dreamy melancholy. With a strong lyrical focus on the concepts of breaking down traditional ideas of masculinity, sexuality and gender – as experienced by himself as a teenager navigating the current political landscape – Ward is excited to bring his fully realised songs out of his bedroom studio to share with the world.
In the years since his first single release in 2018 the young artist has swiftly gained attention in both his home country of Australia and internationally. He was named a finalist for the triple j Unearthed High Competition in 2019 for his highly personal song ‘Skin’.
2021 saw Nick release his debut EP ‘Everything I Wish I Told You’ to critical acclaim.
Despite his age, Nick has already played support for major international artists such as BENEE, KIAN, George Alice, JOY., and Tora, and is looking forward to his first headline show to support his debut EP in April at the Oxford Art Factory Gallery Bar. 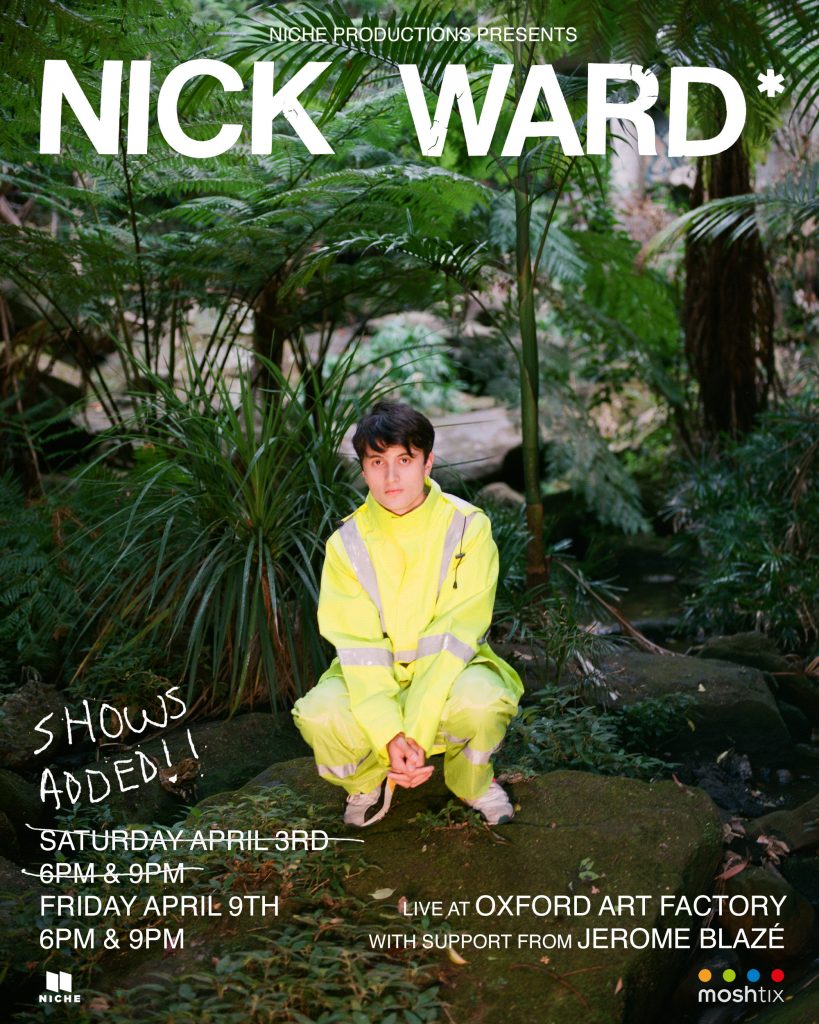