After just releasing his new Ep “Twice” and his most recent song “America” Noah is happy to announce a small run of headline shows this January 2020. Playing in boutique venues around Australia, find him in Sydney, Melbourne and Brisbane.

The sounds of Noah Slee transport you to another land. Somewhere outside of the banal, ears and heart held with poise, you find yourself safely deposited between lascivious soul, head-nod-worthy beats and contemporary r’n’b. His voice journeys with you, delicately slipping between three continents; a voice that can knot into pure percussion and uncoil into a thread of aching falsetto in the space of a verse.

Protean vocals is just the beginning of this indie-club artist’s dexterity. Slee likes to test boundaries on an interdisciplinary stage. His frontier challenging framework extends across his multifaceted identity: as a musician, artist, producer, director, Pacific Islander, and an LGBTQ member. This envelope-pushing seed was evident in Slee’s debut, full-length album, Otherland, “we were writing a mix-tape, so it gave us no boundaries”.

Noah Slee recognises life’s mercurial spectrums and chooses to incorporate and integrate them into his life and artistry. Exemplified in his prolific performance rap sheet: Audiences are thrilled to experience Slee’s live stage performance prowess which he has demonstrated across Europe, India, Australasia and North America during two world tours and also at popular festivals, including SXSW, Melt, Lollapalooza and Laneway Festivals.

Most recently, Slee has been turning his hand to the worlds of visual-art and dance. Slee is no stranger to video direction/production having second-directed an array of his music videos over the years. So helping to produce the short-film, …and so, we move to Otherlands, which combines music, dance and aesthetic videography, the artist rekindled his fire passion for synthesising diverse strands. The short-film is a testament to the transformative power of art and is an impressive example of Slee’s penchant for collaboration which has seen him produce tracks alongside talents such as Jazzanova, Jordan Rakei, Melodownz and members of the band Hiatus Kaiyote.

And there’s more to come. Sticking to his guns and releasing the short-film helped Slee to find new inspiration. As a compulsive creator, he has been constantly writing and collecting new ideas, and the horizon is beckoning, brimming with a mélange of singles.

TWICE was crafted largely by Slee himself with help from his Berlin dynasty of trusted creatives but also showcasing talent from all corners of the globe. Relishing in the potential forces of the arts, Noah Slee is excited to address struggle through hope and determined as ever to create wavy ground swells with his heart opening breezy r’n’b dance jams. 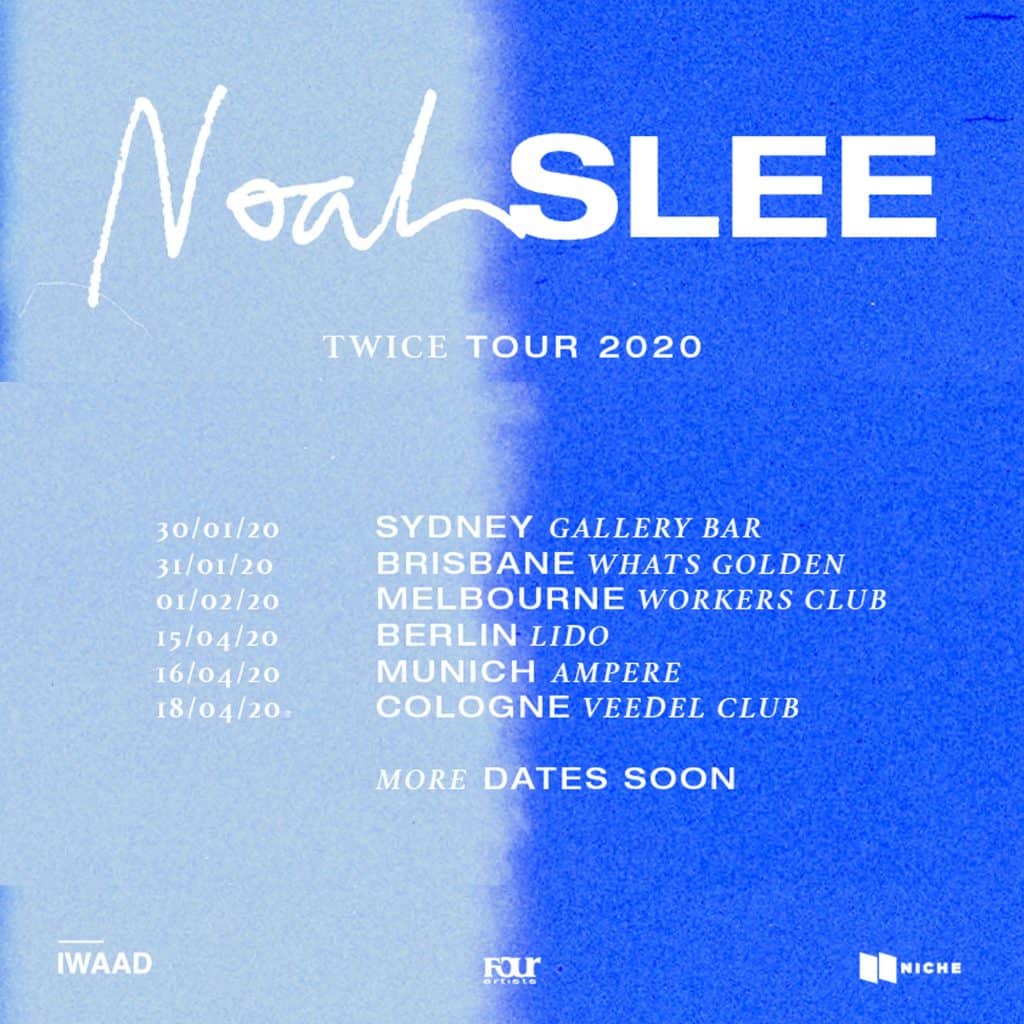