Amidst the turmoil 2020 has been a big year for OKENYO who in May released SOLO EP via tastemaker label Elefant Traks and has returned in the back half of the year with a fresh single titled, Anthropology that was also accompanied by a music video. Anthropology discusses the role of white supremacy effects consumerism within the artistic world. OKENYO had this to say about Anthropology:

“My identity whether it be tied to race, gender or sexuality belongs to me only and Anthropology is a moment for me to own that regardless of what others may seek from me. Take your hands off my biology”

To celebrate the release of Anthropology OKENYO has announced two very special and intimate performances at The Lansdowne on September 30th in Sydney. 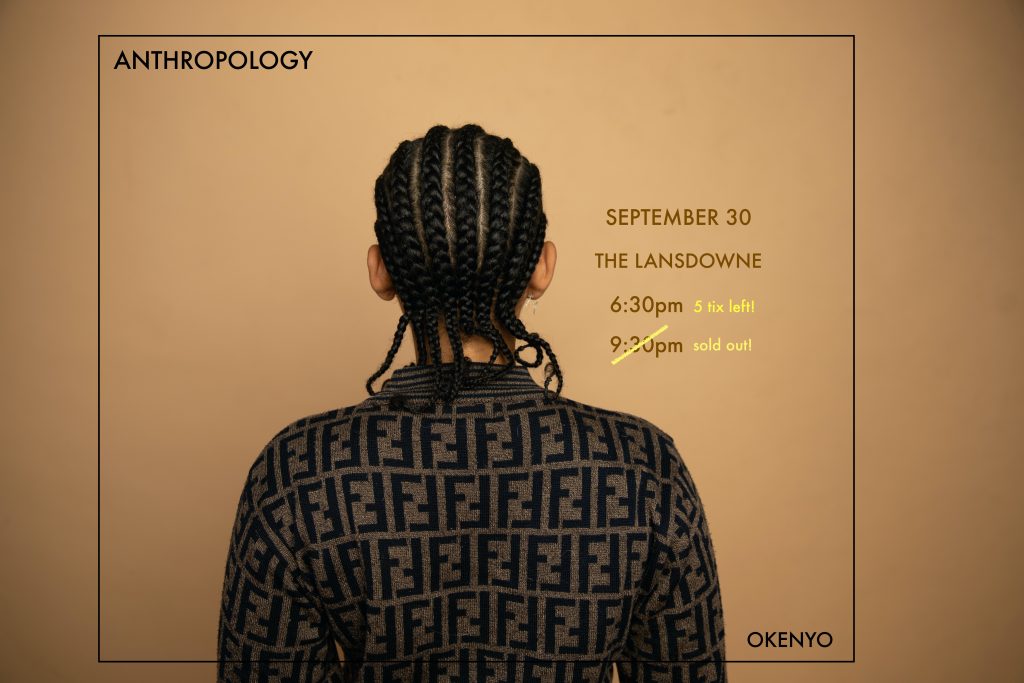