One of New Zealand music’s rising stars, Paige, is set to embark on her first-ever headline tour.

The Auckland singer-songwriter and her band will play a four-date tour, kicking off in Auckland at the Tuning Fork on Thursday, July 15 as part of the ‘Thursdays I’m in Love’ – a monthly band night, which showcases up-and-coming talent. She will then play in Tauranga at Totara Street on Friday, July 16; Blue Smoke in Christchurch on Friday, July 23 before wrapping up in Wellington at Meow on Friday, August 6.

The tour comes hot on the heels of a busy summer, in which Paige supported Six60 in Waitangi and Hamilton, while also appearing at some of the country’s largest festivals, including Homegrown, Peachy Keen, R&V and Bay Dreams.

The tour gives music lovers the chance to witness one of New Zealand’s most exciting new artists up-close-and-personal in some of our most loved venues. Paige will be playing songs from her critically acclaimed 2020 EP, ALWAYS GROWING, as well as revealing new material, which she’s due to release in the coming months.

Paige has won the world over with her honest and heartfelt songs. Her EP, ALWAYS GROWING, has amassed millions of streams on Spotify and earned her two nominations at the 2020 Aotearoa Music Awards, including ‘pop artist of the year’ and ‘breakthrough artist of the year’. 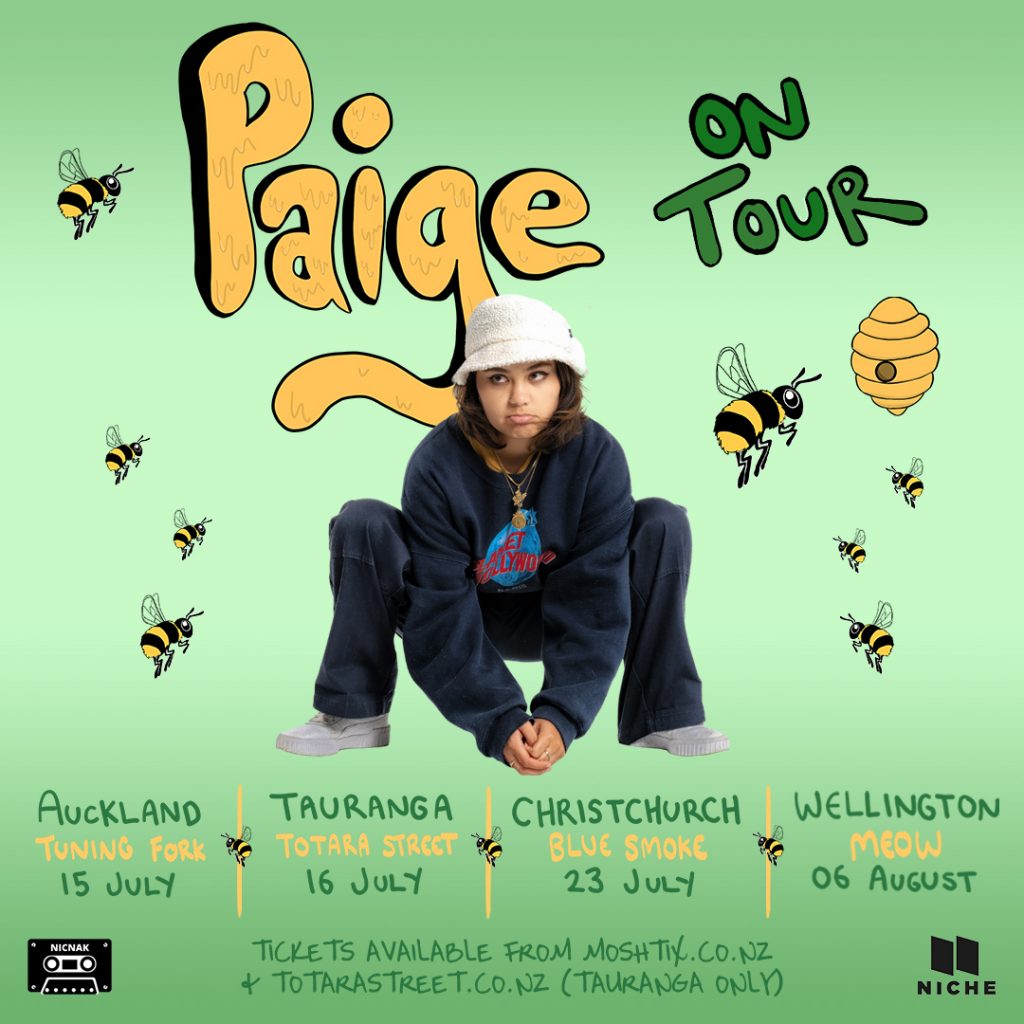