Byron Bay raised, Berlin-based electronic five piece Parcels are returning home for to join this years Falls Festival lineup. But not before giving fans one intimate headline show in Sydney!!

After their resounding debut album release, a sold out Australian tour, electric sets at worldwide festivals from Lollapalooza to Coachella and worldwide hype, Parcels are returning matured and refined. It remains to be seen what the band will offer the Sydney crowd in December, but it may well be the only chance this year for fans to hear their full length set and for the band to delve into their diverse catalogue for the Australian crowd. 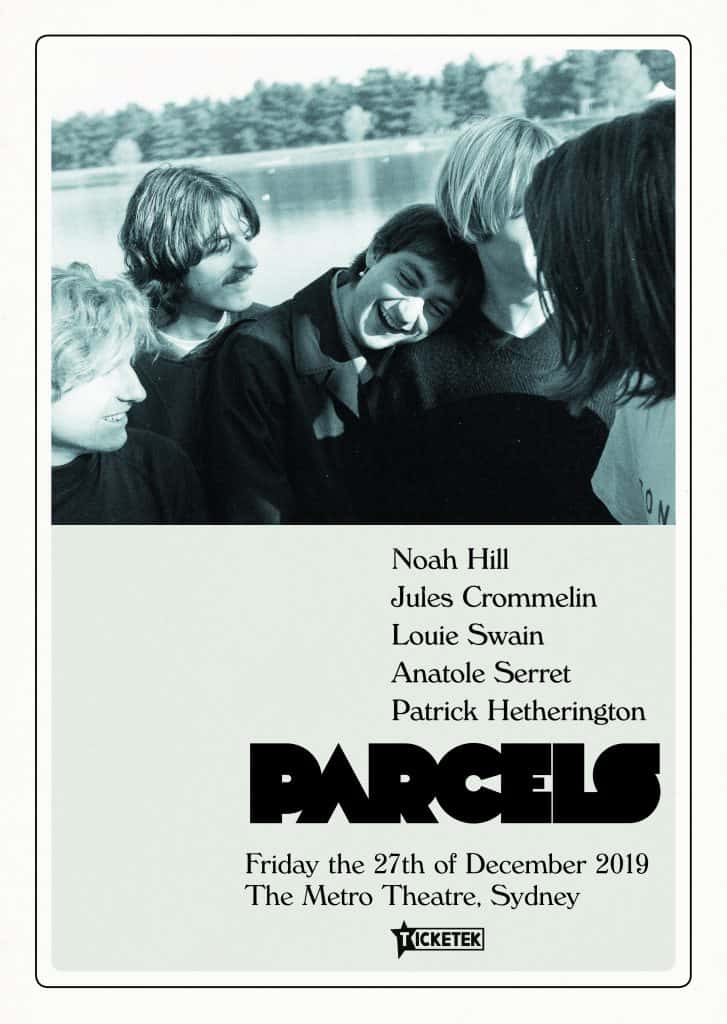