These shows mark Parcels’ first Australian dates since 2019, joining a mammoth world tour (US/UK/EU) in support of the band’s ambitious second album Day/Night – an opus comprising two standalone records that took out triple j Feature Album and landed the band on the cover of NME, in head-to-toe Gucci.

This Spring, Day/Night returns to its heart home, with its collective parts taking shape amidst fire, flood and fever. “We rented a house and started writing out in the forest. 2020 had just begun, Australia was burning and we hoped the bushfires wouldn’t spread East to our spot. Weeks later the storms came and our little garden stream almost engulfed the house. Together we buried the dead kangaroo that had washed up in the flood and we learnt to live with the house spiders and the balcony snake. Just before we went back to Berlin, we heard the first news of a new virus that seemed small and far away.”

The album was recorded at La Frette Studios in Paris and was produced by Parcels themselves, with mixing duties courtesy of James Ford and string arrangements by Owen Pallett.

Parcels are: guitarist Jules Crommelin, keyboardist Louie Swain, keyboardist/guitarist Patrick Hetherington, bassist Noah Hill and drummer Anatole ‘Toto’ Serret. Their seductive style has translated into 400 million streams + 200,000 album sales worldwide; cross-continental tours; shows with French royalty Phoenix and Air, a US TV debut on Conan O’Brien, a Coachella slot and a debut single that was produced by none other than Daft Punk. 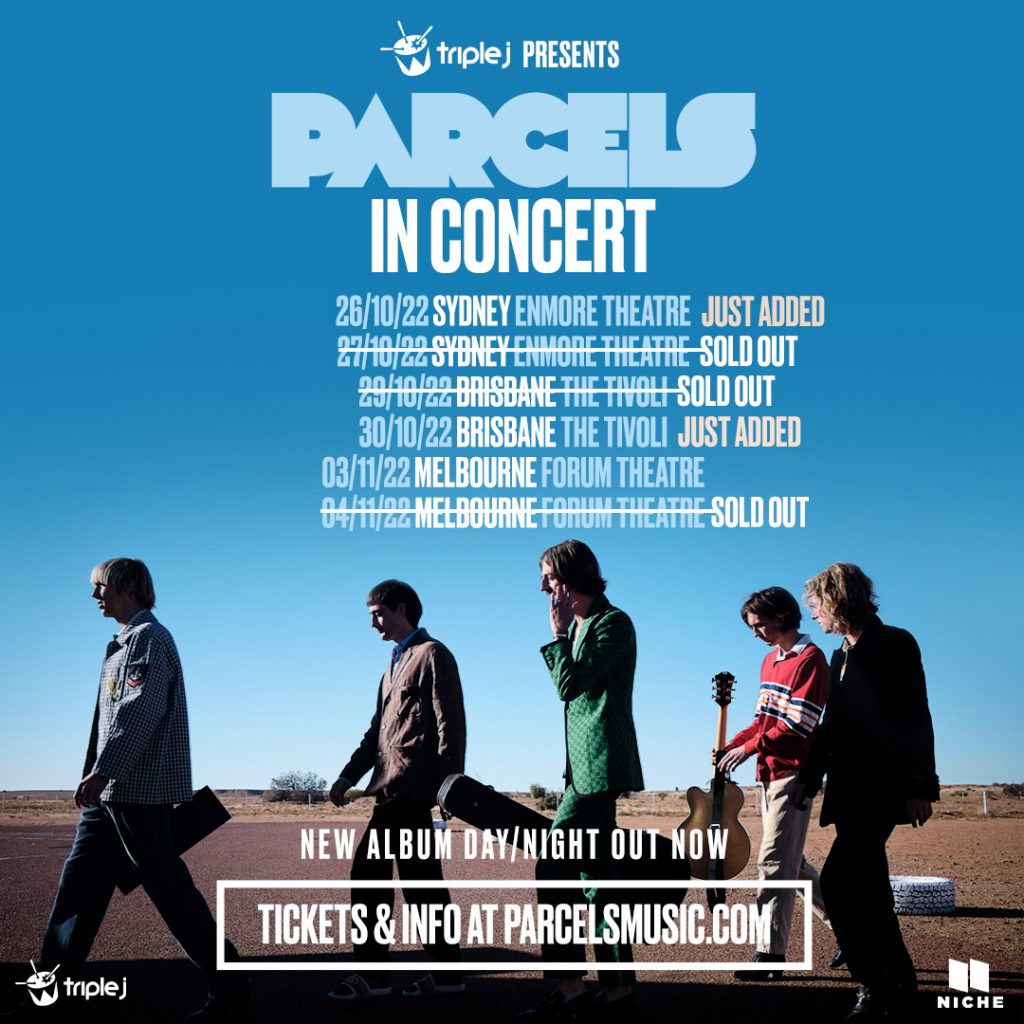