PETIT BISCUIT has just added new dates to his debut Australian tour. In addition to the LISTEN OUT circuit he will also be playing two exclusive headline shows.

While on the road with Listen Out, PETIT BISCUIT has just added TWO more dates to his debut Australian tour. After the release of his first album ‘Presence’ in 2017, this 18-year old producer has been making waves around the world.

With Flume and Bonobo as inspirations, and having toured withOdesza in 2016, it’s no wonder this talented Frenchman has over 500 million streams and counting on his hit ‘Sunset Lover’.

Other popular tracks include ‘Problems’ and ‘Waterfall’, collaborating with artists including Lido and Panama. Petit Biscuit is definitely not one to miss this September. 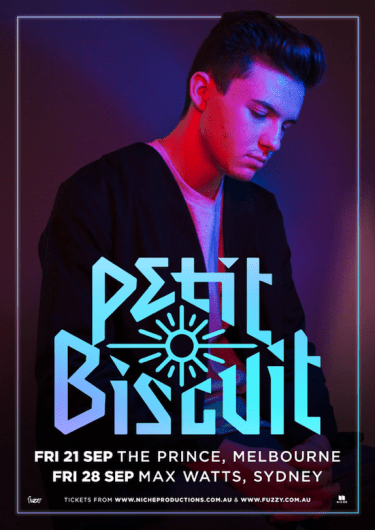