Following the incredible success of the multi-award winning album ‘Raw X Infinity’ and recent hyped tours and showcases across the UK, Europe and the US, REMI has just revealed the cover art and release date for a brand new free mixtape titled ‘Call It What You Want’ (F.Y.G. ACT:2).

This new 7-track mixtape will be the sequel to REMI’s 2013 breakout mixtape F.Y.G. ACT:1 (which contained the singles Sangria and Saggin) and features Sensible J sampling some of REMI’s all-time favourite tracks, from a surprisingly diverse array of artists, and exudes REMI’s unique semi-tongue-in-cheek braggadocios MC style, rhythmic flow and honest delivery.

The first track from the ‘Call It What You Want’ mixtape will be made available next Wednesday May 6 with the full mixtape to drop soon after.

To celebrate the release of the mixtape REMI will be performing a select handful of Australian club shows in June hitting Brisbane, Melbourne and Adelaide along with his Come Together festival appearance in Sydney. Fellow ‘House of Beige’ compadre and party-starter Hau (of Koolism) will also be coming along for the ride in support of his new single Kill.I.Am. Tickets are on sale now! 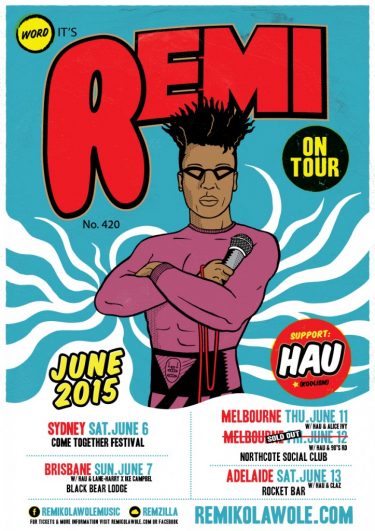