Niche are proud to announce that in addition to the Melbourne Festival dates already announced that Rhye will be playing their first ever Australian shows at Oxford Art Factory on October 17th & 18th.

Rhye shot to the top of everyone’s most listened to lists with their breathtaking and enigmatic 2013 album, ‘WOMAN’, which featured the sultry debut single “OPEN” which has received over 13 million views to date.

Rhye are visiting Australia exclusively for their Melbourne festival dates and this single Sydney side show, so although somewhat a tease for their Australia-wide fan base, these shows do promise to be the start of a long and fulfilling relationship with their Australian music fans. 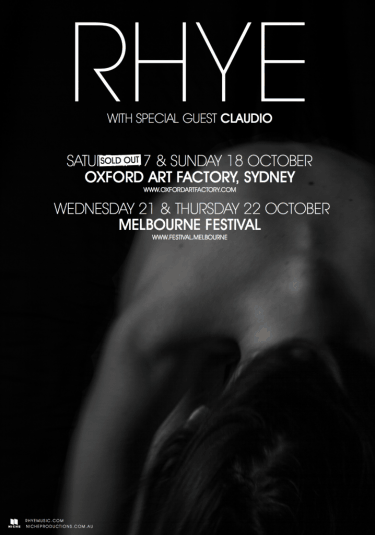